Team India will be looking to grab another T20I bilateral series at home in the 3rd T20I, which is set to be played on Sunday at Rajiv Gandhi International Stadium in Hyderabad.

Following a thrilling victory in the second T20I, Rohit Sharma & Co. are now looking to put the Men in Yellow under pressure in the final match as well.

The second T20I was an 8-over affair due to a wet outfield. After winning the toss, India opted to bowl first, which proved to be a correct decision. Brilliant bowling from Axar Patel and Jasprit Bumrah kept the Australians under pressure as they could score 90 in their 8 overs.

Though Harshal Patel and Yuzvendra Chahal went for runs, India might not make any changes in the bowling department and would like to continue with the same bowling attack as in the last T20I.

Although Jasprit Bumrah was not at his best, his variation in pace was troubling the Aussies. He did a good job in his comeback game and would surely give his best in the final match.

Australia, on the other hand, can make changes to their bowling unit as Josh Hazlewood went for 20 runs in his single over while Daniel Sams too was costly in the second T20I. With Kane Richardson already in the squad, Aaron Finch might give him a chance in the last game to see their combination.

India’s batting department looks sorted so far with KL Rahul and Rohit Sharma firing at the top order. Though Rahul and Kohli failed to score big in the second match, the duo would like to finish the series in style as India would not want to break the winning momentum and might go with the same line-up.

Finch gave a glimpse of his excellence with his tremendous display of batting. He couldn’t get the support of any player in the top and middle-order apart from Matthew Wade, who is in a different zone these days. Wade scored 43 off just 20 balls to ensure Australia finished on a high. With a failed batting performance today, Josh Inglis might return to the squad in place of Tim David.

The Australians would not want to leave any chance of winning the series, especially after some great performances so far, while India would like to end the series on a high before commencing their campaign against South Africa.

After inviting Australia to bat first, Sharma & Co. looked confident on the field. With the ball moving due to the overcast conditions, every pacer was getting some help with the pitch. Finch scored a remarkable 31 off just 15 deliveries before getting out to a perfect yorker from Jasprit Bumrah. 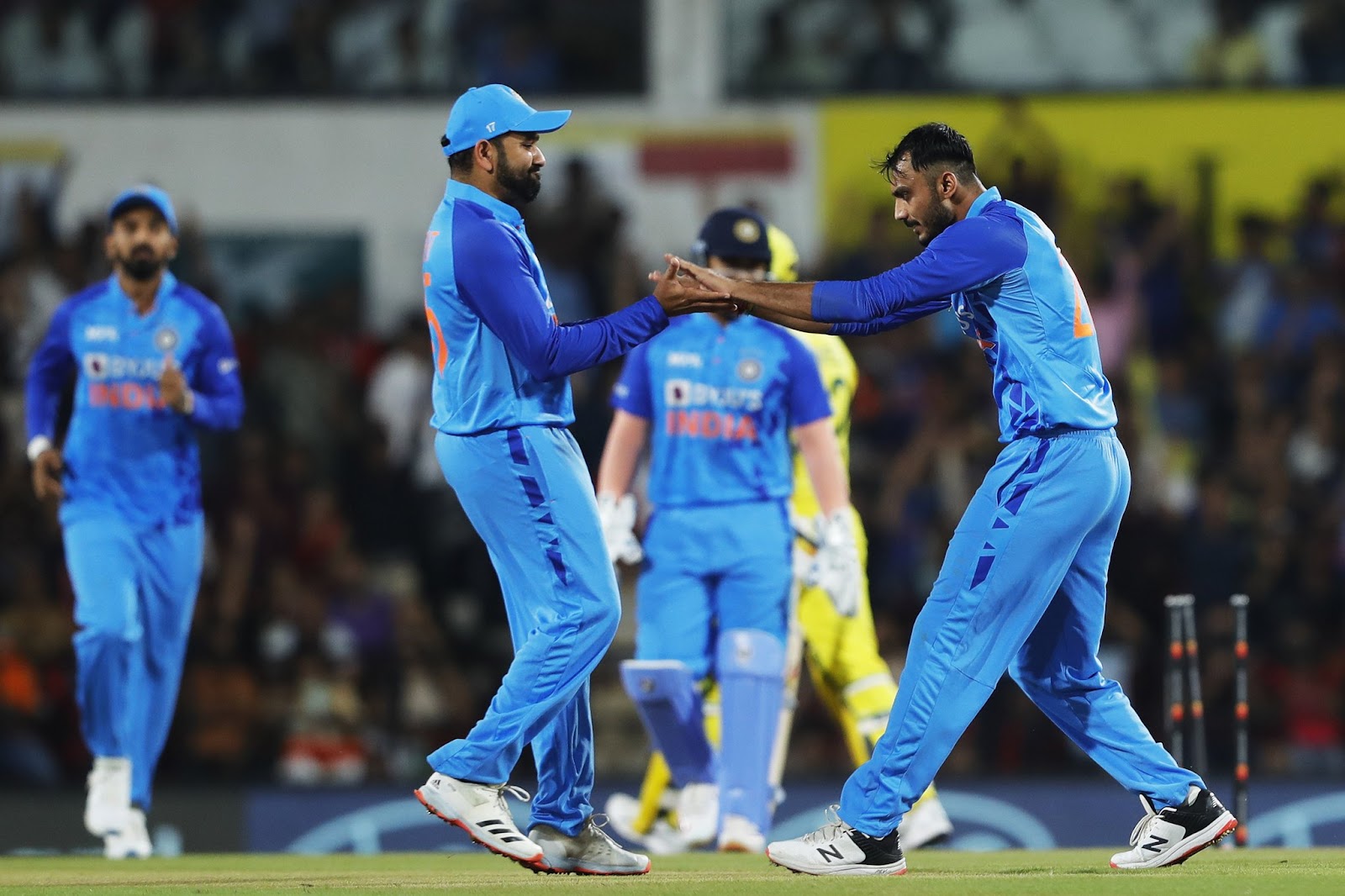 Left-arm spinner Axar Patel showed his class at the right time with an economic spell of 2/13 in his 2 overs. He dismissed power-hitters like Glenn Maxwell and Tim David to ensure that his place in the starting XI for the World Cup is not going anywhere.

Cameron Green, David, Maxwell, and Steve Smith couldn’t score runs in the shortened game and became the major reason for Australia’s debacle. Wade proved to be the lone warrior in the end and became the hero in both matches. He once again finished the innings on a good note with his classic 43 runs. Though 90 runs in 8 overs was a decent total, it seemed like the Indians were ready to chase that down.

Rohit played a captain’s knock of 46 not out in just 20 balls with the help of four sixes and as many boundaries. A couple of good strokes from Virat Kohli and Dinesh Karthik’s remarkable finish helped India achieve the target in 7.2 overs. The Men in Blue won by 6 wickets to level the series at 1-1 and would like to continue the same performance in the final match.

The 3rd T20I will be the 26th T20I between the two countries. So far, India is slightly ahead with 14 victories and Australia has beaten the Men in Blue 10 times, while one match was a no-result affair. Both sides would not want to lose this final battle. This will not only help them lift the trophy but also help them make their perfect combination for the T20 World Cup.

Jasprit Bumrah: The return of Jasprit Bumrah proved to be lucky for India in the second T20I. Though the yorker king wasn’t at his best, some of his deliveries were outstanding including the one that sent the Australian skipper Aaron Finch back to the dugout.

Returning from injury is never easy, and we can expect Bumrah to deliver his best in the upcoming games. He has been a T20I star for India and has helped India win some big games over the years. It is believed that 2 overs for a pacer is just like warming up for the best. It will be interesting to see how he bowls in the final T20I on Sunday.

Aaron Finch: Aaron Finch is one of the most destructive batsmen in the world when it comes to T20I, and he proved that on Friday with a scintillating show with the willow. Finch has recently announced his retirement from the ODIs. This means his complete focus is now on the T20s. The right-hander has a double role to play to win the series.

His batting is undoubtedly the prime focus of his side, but what makes him a key player to watch for is his captaincy. Over the years, Finch has been outstanding for Australia as a limited-overs captain. He has delivered under pressure, including last year’s T20 World Cup. If he could make some good decisions in the final T20I, then Australia could be a better side on Sunday.

Based on the current form, Rohit Sharma & Co. will be the favourites to win the final game. With Jasprit Bumrah back in the squad and Rohit Sharma showing his masterclass, India could go on to lift the trophy.

On the other hand, Australians have to deliver in the middle order to increase their chances. They showed their class in the first match but failed to deliver in the second, so consistency is a problem for them which they have to work on. We expect Team India to win the match and series. 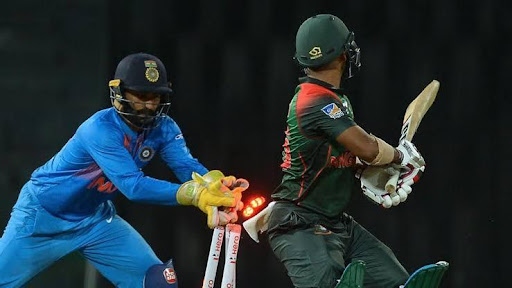