India tour of Australia: India fined for slow over-rate in the first ODI match against Australia in SCG 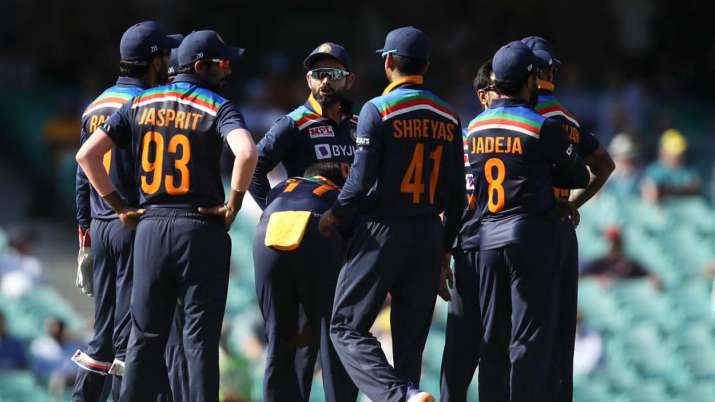 Indian bowlers ruled out to be one over short of the target after time allowances compiled. Thus, they have fined for a slow over-rate in their first ODI match against Australia in SCG.

Team India has been fined 20% of their match fee for slow over-rate in their first of three International ODI matches with Australia. The game ran past an hour of the scheduled finish, it also went past the SCG curfew limits for the night, but no one turned off the switch as the match finally ended at 11.10 pm.

The ICC (International Cricket Council) said in a press release on Saturday that there is no need for formal hearings after the skipper, Virat Kohli, has pleaded guilty to the offence.

“Kohli pleaded guilty to the offence and accepted the proposed sanction, so there was no need for a formal hearing. On-field umpires Rod Tucker and Sam Nogajski, TV umpire Paul Reiffel and fourth umpire Gerard Abood levelled the charge,”

These ODI’s are part of the WC Super League, the qualification pathway for 2023 ICC International WC in India. India and Australia both can face points deduction, as the playing conditions stated that:

Although, the ICC press release did not mention any points deduction. It would not concern India as they have already qualified for the 2023 WC as hosts. It could have been an issue for team Australia.

The Indian team was one over short after time allowances taken under consideration. India lost the first ODI to Australia in SCG after failed to chase down a monster 375 runs in 50 overs. The second ODI is going to take place at the same venue on Sunday.

“David Boon of the Emirates ICC Elite Panel of Match Referees imposed the sanction after Virat Kohli’s side was ruled to be one over short of the target after time allowances were taken into consideration,”

“In accordance with Article 2.22 of the ICC Code of Conduct for Players and Player Support Personnel, which relates to minimum over-rate offences, players are fined 20 per cent of their match fee for every over their side fails to bowl in the allotted time,”

“something has to be done,” about slow over-rates.

“I don’t know what the ruling should be, or if there should be punishment, but something definitely has to be done about it. From a viewers’ point of view it’s probably not the best look for the game,”

Steve Smith, who scored a match-winning hundred, also gave his statement. He said:

“It felt like it went all day. The longest 50 overs in the field I’ve ever had, that’s for sure.”