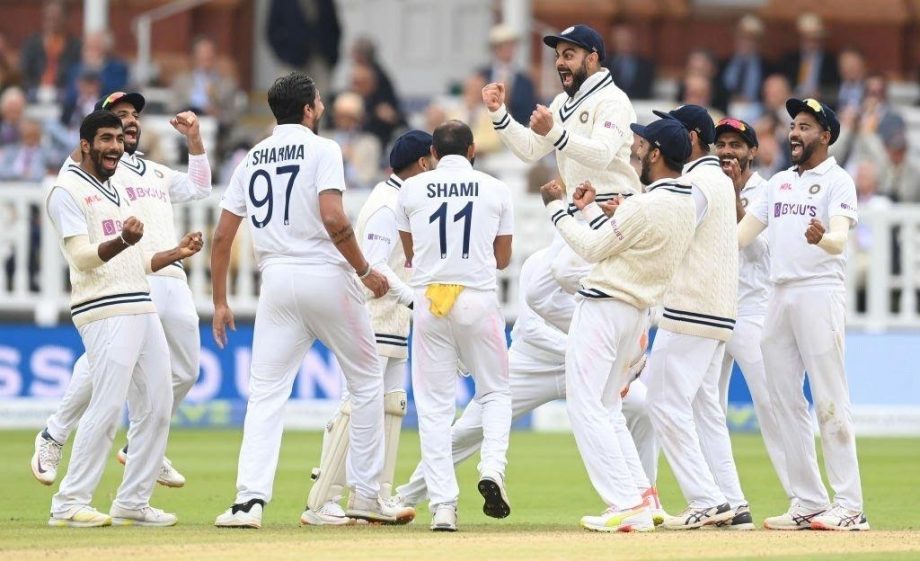 Virat Kohli and co. celebrates their win against England

After rain played spoilsport on Day 5 of the first Test at the Trent Bridge Cricket Stadium, the Indian cricket team stepped out on the Lord’s Cricket Ground with a fear of going down 1-0 in the 5-match Test series.

Early in the day, Rishabh Pant and Ishant Sharma were sent back to the pavilion by Ollie Robinson. Mohammed Shami and Jasprit Bumrah put on a 77-run partnership and ensured India went into lunch unscathed and in a promising position to win the match.

Setting a target of 272, the Virat Kohli-led side came out all guns blazing and took 10 wickets in only 51.5 overs to win the match at the home of cricket with eight overs to spare.

Let’s have a look at the player ratings from both teams and vital contributions during the match by players of either side.

The Indian white-ball vice-captain broke his deadlock of getting out in the thirties in overseas tests and played a brilliant innings of 83 runs in the first innings allowing KL Rahul to take his time and settle in for a big knock. 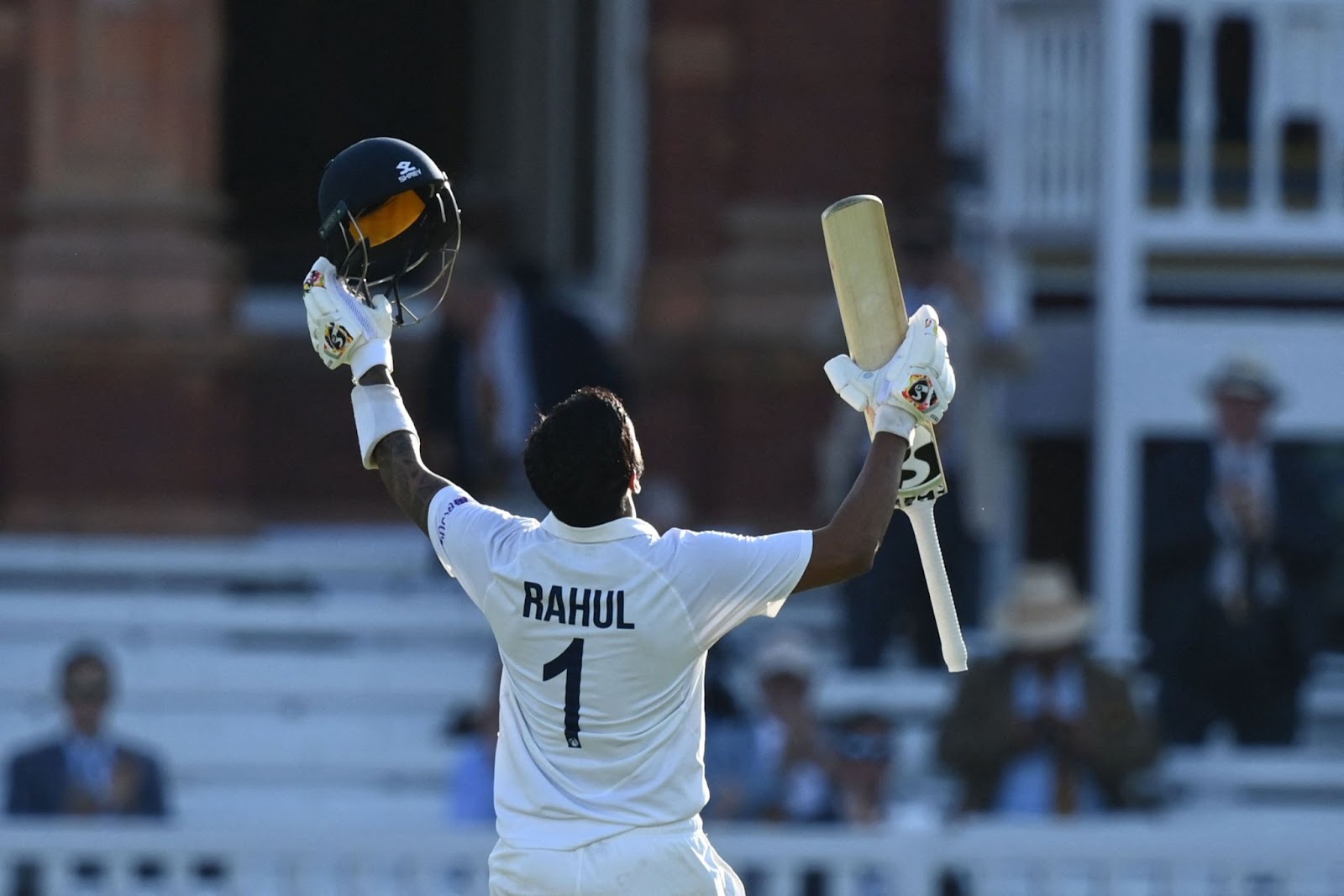 After missing out on the century in the first Test of the series, the Karnataka batsman took his time to settle in and got a deserved century helping India post 364 on the board in the first innings.

The batsman at No.3 had his place in the team under the microscope but the experienced batsman played a solid knock of 42 runs off 205 balls in the second innings to safeguard India’s position in the match.

After a vital contribution of 42 on the first day of the match, Kohli led out his team well and displayed great captaincy to help India win the match.

If someone told me that Mohammed Shami would be the second-highest run-getter in the third innings of a Lord’s Test match, I would brand them as a lunatic person. But, the seamer took 3 wickets and played a fantastic unbeaten knock of 56 runs off 70 balls.

In the first four days of the match, luck was not on Bumrah’s side as he was dismissed for a duck and went wicketless in the first English innings. Coming out to bat on a 5th day Lord’s pitch, Bumrah scored 34 runs off 64 balls before taking the crucial wickets of Rory Burns, Joe Root, and Robinson to help India win the match.

The fast bowler has grown leaps and bounds in a small international career and took 8 wickets with the likes of Bumrah, Shami, and Sharma bowling alongside him.

Another disappointing outing for the English opening batsman as Sibley struggled for his 11 runs in the first innings whilst his dismissal on a duck in the second innings was smooth and painless for both teams.

A comeback to forget for Haseeb Hameed who got a golden duck in the first innings whilst his contribution of 9 runs off 45 balls didn’t do the team any favors in the second innings. 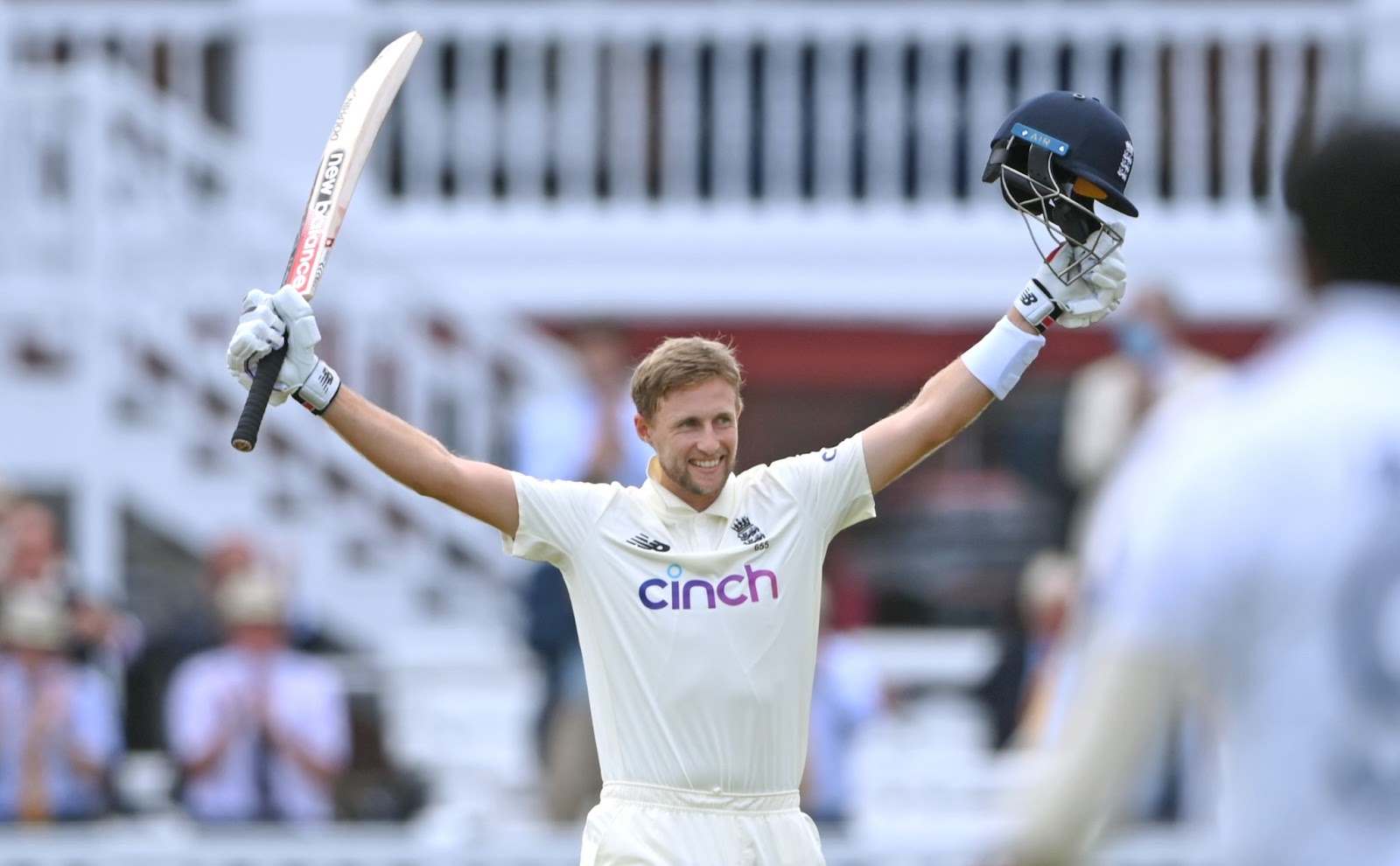 An unbeaten knock of 180 runs in the first English innings launched a fightback from the home side but Root’s early demise in the second innings opened the gateway for India to run away with the match.

Striking three wickets including the set Ajinkya Rahane in the second Indian innings, Ali contributed 27 and 13 with the bat but England would be looking for more from their spin bowling all-rounder in the next match.

Two golden ducks in the same test match are unheard of in modern-day cricket for a player with aplomb batting technique. The all-rounder underperformed with the ball in hand as well taking a solitary wicket in 40 overs.

A 5-wicket haul in the first innings derailed India’s effort and stopped the visitors from posting a 400+ score on the board. The veteran seamer went wicketless in the second Indian innings but continued to trouble the batsmen with his ability to swing the ball.