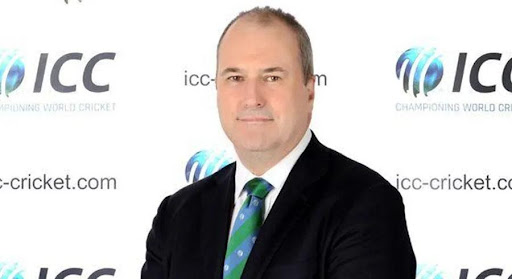 With the retirement of Ben Stokes from ODIs, the future of the 50-over format has been generally discussed while ICC CEO Geoff Allardice alongside executive Greg Barclay clarified that a healthy number of ODIs will be played in the upcoming FTP.

With the retirement of England’s all-rounder, Ben Stokes from ODIs, the future of the 50-over format has been generally discussed, and with the Future Tours Program (FTP) for the upcoming cycle to be distributed inside the next few days, one can hypothesize on the number of 50-over games will be available.

However, ICC CEO Geoff Allardice alongside executive Greg Barclay attended a video conference on Wednesday and clarified that a healthy number of ODIs will be played in the upcoming FTP.

“We talked about the structure of the game, countries, and fans in those countries have different preferences in terms of formats. At this stage, there was some discussion, not specifically ODIs, but the mix of the formats in the calendar, but countries in their FTPs are scheduling a healthy number of ODIs as well. In the FTP, I do not think you will see any significant change in the number of ODIs or the proportion of ODIs being played,”

said Allardice during a video conference

“Under our agreement with our members around ICC events, the availability to schedule quadrangular series is not available to members. But tri-series are, all I know at this point, they are not that easy to schedule, getting some countries in one place at one time, given the constraints in the calendar. I do not know how many tri-series are there in FTP, I just know that they are not that easy to schedule as they were in the times gone by,”

“There are some members who are putting the focus on their domestic leagues, but the commitment of members towards international cricket and bilateral cricket is the strongest as it has ever been. But each of them has to manage that balance between domestic competitions and international schedule and management of their players.”

“We have still got over 9 months in the window available to complete the ODI Super League, as we approach the end of it, and when we have confirmed series that are either not taking place or have been disrupted in some way, from a competition point of view, we will work out how to deal with that in terms of finishing in the Super League. With regards to two members, the ICC’s role is to tell that here are the eight teams you are playing against, and the timing of those series and relations around how the series are scheduled, it is for the members to resolve.”

“We saw the announcement by Australia and South Africa. As we head to the end of the competition, we will deal with that. Whether Australia and South Africa have arranged for making up for the series, there may be some discussions going around. The competition has still got 9 months to run and as it comes to its conclusion, we will look at any series that does not take place.”

“The women’s FTP is going to be published. It’s the first time we have had a long-term plan around a women’s series that can give broadcasters and fans a certainty about who is playing who and at what time of the year. It is structured around the ICC Women’s Championships through from 2022-25 with a lead up to the next World Cup which will be staged in India.”

Talking about why the FTP has not been made public yet, Allardice said:

“The FTP in the leadup to these meetings, was presented in a final draft form and approved by the executives’ committee. In terms of getting it ready for publication, there are just a few queries around 1-2 series, making sure they lineup before we put it into the public domain. We are expecting it to make it public very shortly, all the countries were happy with the work done on the FTP.”