The Nizams are through!

Hyderabad becomes the last entrant in the final four of the 2022 Durand Cup after defeating the Rajasthan United side on a 3-1 scoreline.

The fourth quarter-final battle saw the rain of goals in a cross encounter between ISL and I-League outfits where three HFC players Bartholomew Ogbeche (6′), Akash Mishra, (45′) and Javier Siverio (68′) scored the goals for the winning side. Meanwhile, the solitary goal from the Pink Army was scored through a penalty by Martin Chaves in the 29th minute at the Salt Lake Stadium.

Hyderabad fielded their second-stringed lineup in their last group game against Army Red and returned to their strength for this quarter-final fixture. On the other hand, Rajasthan also made a couple of changes from their Starting Eleven which featured in their previous Durand Cup fixture. The manager Pushpender Kundu retained the same offense and midfield unit but went for two major changes in the defensive line by bringing the likes of Jagdeep Singh and Amritpal Singh. 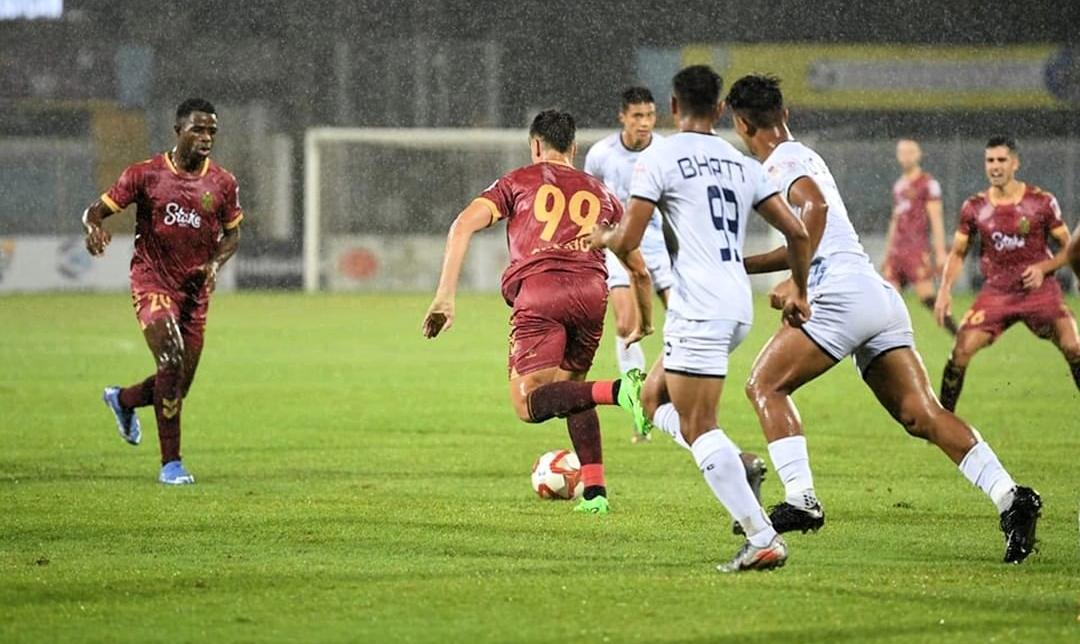 The fourth quarter-final encounter had a rainy kick-off in the presence of dark raining clouds making the conditions tough for the players to get a grip on the pitch. The Nizams kick-started the action with an aggressive approach to seek the early lead and it did work out well for them. As the 37-year-old Nigerian striker Bartholomew Ogbeche opened the scoreline for Hyderabad in just the sixth minute of the play.

The chaos in the 26th minute led the Rajasthan United side to stage a thumping comeback on the battlefield. It all started with the Hyderabad skipper Laxmikant Kattimani collecting the short pass of his teammate Odei Onaindia which resulted in the referee rewarding an indirect free-kick to the Pink Army. Kattimani successfully blocked the free-kick after getting the assistance of the entire team on the goal line but couldn’t clear it convincingly.

While clearing that set-piece, the Hyderabad left-back Akash Mishra accidentally performs a handball right on the inside edge of the box. The handball forced the referee to finally award a penalty kick to the Jaipur-based club to open their goal-scoring account. The penalty was taken by the Uruguayan forward Martin Chaves whose calm jumping conversion gave the counterpart keeper no chance.

When the first-half action was about to wrap up the Nizam came up with another goal to reclaim their lead of the solitary goal. It was the 20-year-old youngster Akash Mishra who got his name on the scoresheet and paid the compensation for giving away the earlier penalty. The screaming left-footed strike of Akash put the Deccan Legion back on the driving seat right before the half-time whistle.

The second-half action began with both of the combatants making one-one changes in their lineup to add fresh legs to the battlefield. The club captain Joao Victor took the field replacing the Spanish winger Borja Herrera on the pitch. Meanwhile, the 17-year-old Arunachali teenage sensation Gyamar Nikum was the solitary change from the Pink Army.

Rajasthan gave a tough fightback to the reigning ISL champions in the early minutes of the second half until the positioning error which led them to concede the third goal of the day. The Hyderabad gaffer Manuel Marquez Roca went for a couple of changes in the 66th minute by bringing in two Indian attackers Halicharan Narzary and Nikhil Poojary from the substitute bench. Just 10 seconds after his arrival on the pitch, Narzary registered a crossing assist to set up the third goal for the 24-year-old Spanish forward Javier Siverio.

Siverio’s 68th-minute strike turned out to be the final goal of the game which completely sidelined their counterparts from the winning equation. The Pink Army failed to get any breakthrough in the entire second half and added four minutes of injury time to finish the battle on the final scoreline of 3-1. 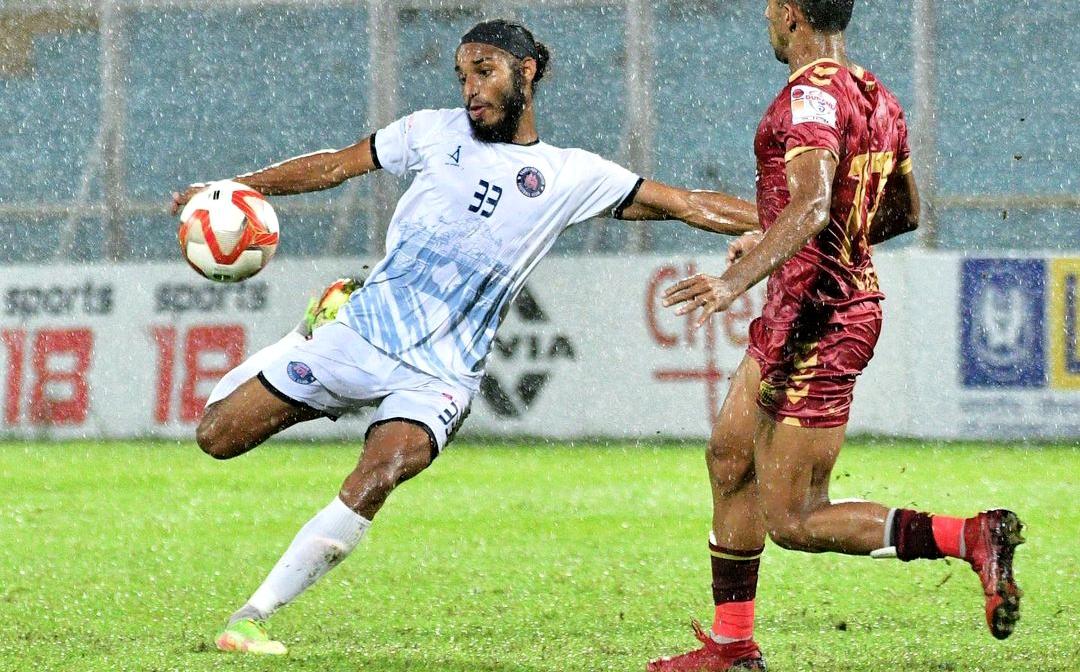 Despite the heavy rainfall, the gameplay remained smooth throughout the 90 minutes however, the drained energy levels of the players were quite visible in the final phase. The 20-year-old BFC Academy product Jagdeep Singh Virk was the most impressive player from the Rajasthan camp for his rocky defending in the United backline. Another young defender who stole tonight’s show was the India International Akash Mishra donning the away maroon kits of Hyderabad who displayed great defensive and offensive play in the game.

The 2021 I-League 2nd Division champions had an eventful maiden Durand Cup campaign which commenced with a thumping win over ATK Mohun Bagan and ended in the first round of knockouts. The experience of battling in Asia’s oldest existing football tournament will surely help the Pink Army in its preparations for the upcoming I-League season.

The Nizams from the city of Hyderabad will now be taking on the southern rivals Bengaluru in the second semi-final battle of the 2022 Durand Cup on Thursday.