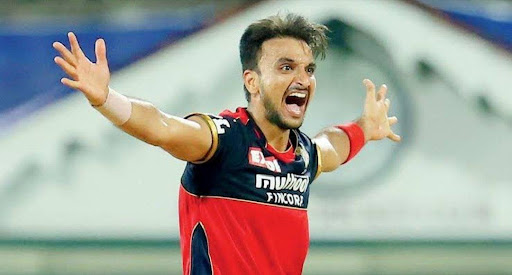 Harshal Patel has broken the record for most wickets in a single IPL season as an uncapped player as he holds the purple cap.

Royal Challengers Bangalore seamer Harshal Patel broke the record for most wickets by an uncapped player during the Indian Premier League (IPL) season.

Harshal has achieved this feat when RCB defeated Rajasthan Royals with 7 wickets.

He holds the purple cap after taking three wickets in the final over of the Rajasthan innings.

He took overall 26 wickets from 11 matches of this year’s season followed by an amazing hat-trick for RCB, in the earlier match against Mumbai Indians.

He break the record of his teammate Yuzvendra Chahal who previously set the record by taking 23 wickets in his opening IPL season in 2015.

Royal Challengers Bangalore had picked Harshal from Delhi Capitals and he proved his mettle with the ball which Virat Kohli and his side were looking for.

After picking three wickets on Wednesday, Harshal breaks the record for most wickets in a single season by an RCB bowler.

Harshal has been Kohli’s favorite bowler in this year’s IPL.

Earlier this record was mutually shared by Chahal and Vinay Kumar, both of whom took 23 wickets.

Harshal will aim to break the record of Dwayne Bravo for most wickets in an IPL season. Bravo had picked up 32 wickets for Chennai Super Kings in 2013.