Hardik Pandya has resumed practice and to bowl in the nets, says Gujrat Titans bowling coach 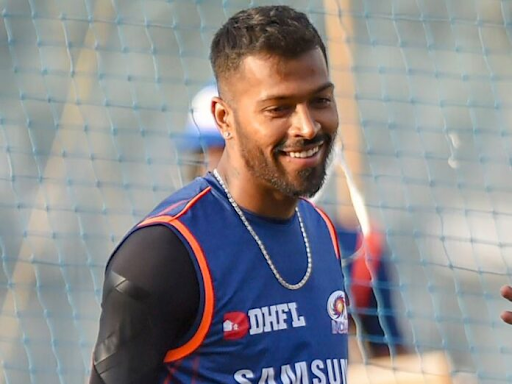 Hardik Pandya has resumed practice and to bowl in the nets, says Gujrat Titans bowling coach

Hardik Pandya is leading the IPL new franchise in the upcoming edition of 2022 and everyone is looking on the Hardik Pandya fitness while franchise bowling coach has said that he has started to bowl in the nets.

Hardik Pandya is the skipper of the IPL new franchise Gujarat Titans in the Indian Premier League 2022 and now everyone is looking on the Hardik Pandya fitness.

Due to a lower back injury, the Indian all-rounder is yet to play any competitive match post the ICC T20 World Cup 2021 in UAE which got over in November 2021.

According to Gujarat Titans bowling coach Aashish Kapoor, Pandya has begun practice and even started to bowl in the nets.

“Last two months I have been in Bahrain, I was coaching the National team over there. So, Nehra has been in constant touch with him from the time we have retained him and Nehra has been talking to him. He has also spoken about how to arrange and where to arrange practice sessions for him and get those things done,”

“Asking him to play a few Ranji Trophy games before he turns up for a camp which may be in March with some point may be in Mid-March. So, he has been also starting to bowl that’s what he has told Nehra. He has started to bowl, he is bowling well and batting he has no problems in any case because mainly we want to know whether he can bowl for us like how in the Indian team.”

“So, if he can bowl and bat both it is an added advantage because there are not too many all-rounders in India (medium pace all-rounders). He is the only one that you can think of at the moment so if you have that all-rounder with you then I think you are on the plus side,”

Pandya couldn’t bowl in the last edition of the IPL 2021 for Mumbai Indians and after that, he also didn’t bowl for India in the ICC T20 World Cup in UAE. Pandya’s contribution to his franchise as an all-rounder will give his team management more options and they will add variety to the bowling attack.