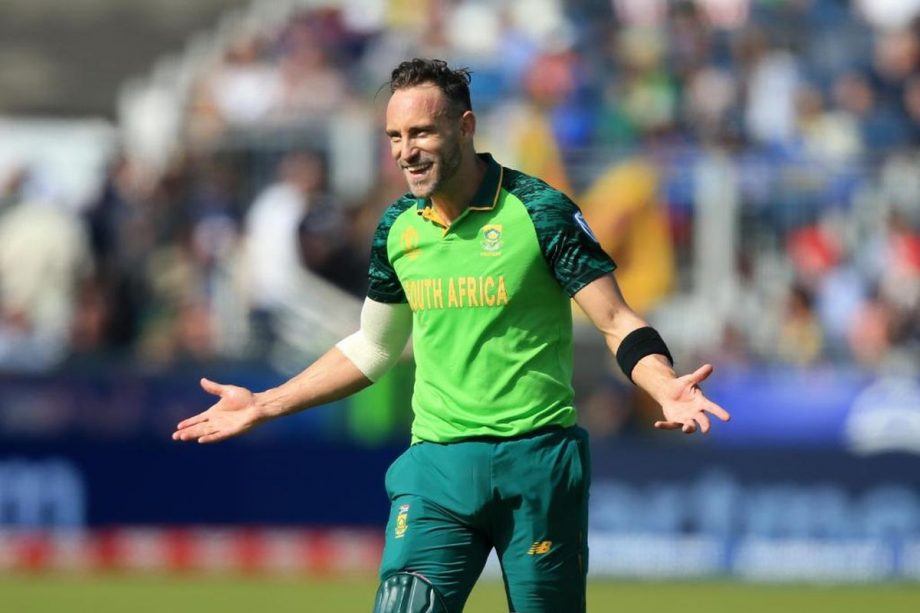 The African skipper, Faf Du Plessis is ready to play his debut match from Peshawar Zalmi in PSL, this November. Du Plessis will represent as a replacement for Kieron Pollard, who will be playing in New Zealand from his team.

South-African right-handed batsman, Faf Du Plessis announced his participation in Pakistan Super League this November. He is picked up by Peshawar Zalmi to play among one of the 21 foreign players who have agreed to play the remaining four matches of PSL edition 5. The matches will be played in Karachi on November 14, 15 and 17.

The skipper has played more than 250+ matches from Africa with 47 T2O’s. He has a good reputation in limited over’s game and he is also well-known for power-hitting. He was picked up by CSK in this edition of IPL. He played 13 matches in which he has scored 449 runs with an average strike rate of 40.85, adding four half-centuries.

“I am very excited to join Peshawar Zalmi for the playoff stage games of HBL PSL 2020. I have fond memories of playing in Pakistan when I toured with the ICC World XI in 2017 and I am sure this experience, although different due to Covid-19, will be a memorable one as well,”

said the skipper in a recent statement.

He will be replaced by Kieron Pollard who will show his action against New Zealand playing from his national team.

Six England players have also agreed to visit Pakistan this November and show their action from their respective franchises.

Hales and Vince will play from Karachi Kings and Multan Sultan respectively. While the rest of them including Sumit Patel (Lahore Qalandars), Adam Lyth and Ravi Bopara from Multan Sultan and Liam Livingstone from Peshawar Zalmi.

The four West Indian players will also play from Karachi and Peshawar. These names include Chadwick Walton, Carlos Braithwaite, Darren Sammy and Rutherford.

The Bangladeshi stars, Tamim Iqbal and Mahmudullah will be playing from Lahore and Multan in the playoffs of PSL.

Coronavirus spoiled the event before playoffs which will be continuing in November. The PSL edition 5 hosted nearly half a million of the audience in all the matches to witness the live-action.