England’s T20I regular squad has returned back after self-isolation 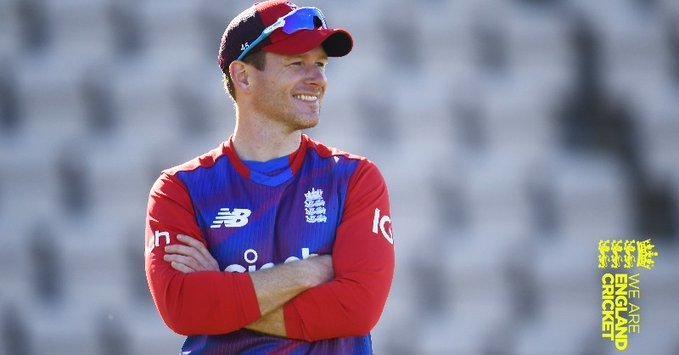 England’s white-ball regular skipper, Eoin Morgan has returned back from isolation along with the squad for Pakistan T20I series after a Covid-19 outbreak in the squad before ODI series.

England beat Pakistan by 3-0 in ODI series to get a clean-sweep. Now England’s regular captain, Eoin Morgan has returned with his squad against Pakistan in the T20 series after completing their required period of self-isolation.

Last Monday, England players have tested positive after series against Sri Lanka and the whole squad was sent into self isolation and due to this critical situation England hired the new squad against Pakistan.

Now, Eoin Morgan came back with his team of Jason Roy, Jonny Bairstow, Adil Rashid and Moeen Ali, who have returned with negative Covid-19 tests.

After giving a great performance in the ODI series, Saqib Mahmood have earned his place in T20 squad against Pakistan.

Due to family’s appointment, Coach Chris Silverwood will skip the series and now Paul Collingwood will handled all his duties.

“We have selected a T20 squad that sees the return of many of our most expected players after their period of isolation. Additionally, we have rewarded some of the players involved in the 50 over series win with selection which allows us to manage multi-formats players as we prepare for the much anticipated Test series against India,”

“It’s been a bit of special time for me. A week ago, no one was talking about me and I wasn’t part of the squad, but obviously everything has happened very quickly,”

T20 series starts at Trent Bridge on July 16 from 6pm.