England whitewash Pakistan completing a 3-0 victory over hosts in Test series: Player Ratings for the visitors

With a remarkable 8-wicket victory in the third and final Test, England whitewashed Pakistan 3-0 to script history. This was England’s first tour to Pakistan since 2005 and they produced an aggressive brand of cricket. On the other hand, Babar Azam & Co. haven’t had the best of times in the past few series.

Let us take a look at the performances of England players in this Test series:

Zak Crawley (7/10): English opener Zak Crawley had a good series on Pakistan soil as he smoked 235 runs in 3 matches including one century and a half-century. Both of these innings came in the first match of the series. The rest of the two matches did not go as per his expectation as his highest score was 41 which came in the final game.

Ben Duckett (9/10): With 357 runs in 3 matches, Ben Duckett became the sensation in the series. His 107 at Rawalpindi Cricket Stadium was a fine innings with the help of 15 boundaries. Apart from this, Duckett scored three half-centuries in the series including a brilliant one in the last innings of the final Test that helped England clinch victory.

Ollie Pope (8/10): Wicketkeeper Ollie Pope scored 238 runs in the series with an impressive average of around 48. He scored one century and two half-centuries with the ton coming in Rawalpindi in the first Test. His 108 against a quality bowling line-up set the tone for England in the game.

Joe Root (5/10): One of the finest batsmen of this generation, Joe Root, had a below-average series with the bat. The English great could only score 125 runs in 5 innings with just 11 boundaries throughout. Apart from his 73 in the first Test, he failed to deliver in every inning.

But this one-off series cannot take away the credit of a class batsman from him. Players like Root know how to make a comeback. Talking about his bowling, he grabbed five wickets at crucial stages which will be remembered for a long time. 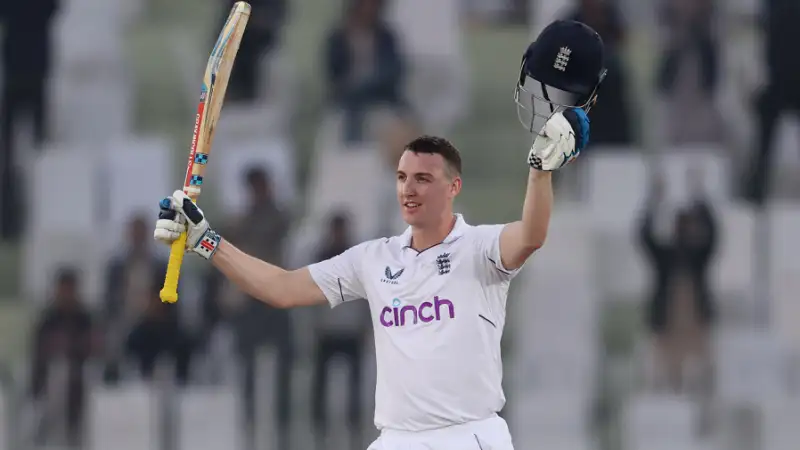 The 23-year-old right-handed batsman scored three centuries and one half-century with an average of around 94. Brook is surely going to be the next big thing for England.

Ben Stokes (6.5/10): Skipper Ben Stokes hasn’t had a great series with the bat, but his captaincy has been outstanding in all three games. The all-rounder scored just 173 runs in the series with his best score of 41 which he scored twice.

Stokes picked up just one wicket in the series which is a surprising stat for a player like him. Being a captain on a big tour can affect personal statistics sometimes and it was a great series for him and England.

Will Jacks (7.5/10): Will Jacks played two matches in the series and showed promise with the ball. He picked up 6 wickets in a single innings on his debut to make it a memorable one. He also played a couple of vital innings with the bat but none of them was a half-century or a century.

Liam Livingstone (2/10): Rawalpindi Test was Livingstone’s debut Test match where he couldn’t perform well and was ruled out of the remaining matches due to a knee injury. This was probably the disheartening beginning of his Test career. In the one game he played, he could just score 9 and 7* before picking up the injury.

Ben Foakes (6.5/10): Ben Foakes played just one game in the series and scored a half-century in Karachi. His innings of 64 helped England take a lead in the first innings. Foakes did not get a chance to bat in the second innings, but his contribution was vital in Karachi’s victory.

Rehan Ahmed (8.5/10): Bowling all-rounder Rehan Ahmed picked up a 5-fer on his debut at Karachi for England. The leg-break bowler made good use of the conditions and trapped the Pakistanis in the second innings of the last game. Rehan also picked up two wickets in the first innings.

Jack Leach (9/10): One of the most prominent performances of the series was given by Jack Leach as he grabbed 15 wickets in the series with a remarkable economy of 3.77 and a strike rate of 71.00. Leach was a perfect option for England when it comes to the subcontinent.

He made complete use of the rough and dry pitches of Pakistan and helped England script history. The 31-year old bowled with the new ball on almost every occasion and took wickets as well. 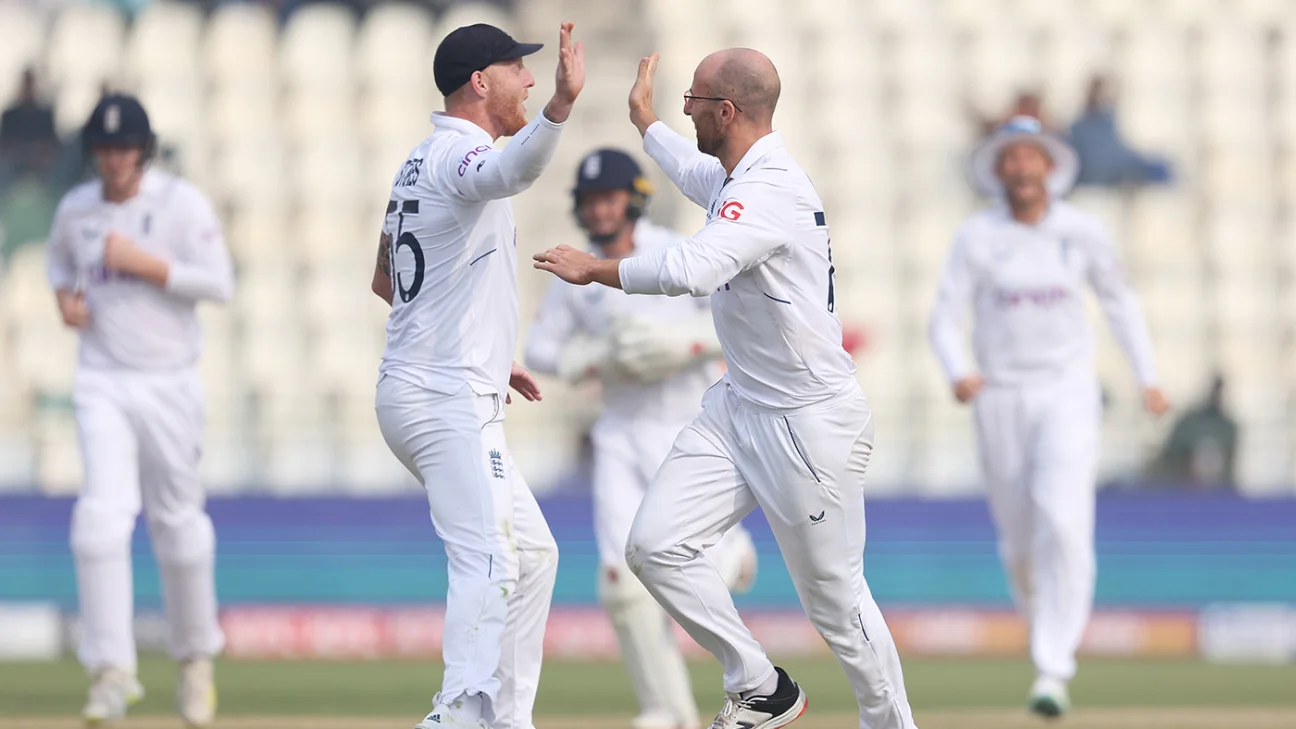 James Anderson (7/10): One of the legends of the game is not ready to settle down even at this age. He is ageing like a fine wine and showed what he is still capable of. The 40-year-old Anderson picked up 8 wickets in the series with the 4-fer coming in Rawalpindi at the crucial time. He played two games and was rested for the third Test match.

Ollie Robinson (7.5/10): His name is in the top five bowlers of the series in terms of picking up wickets. Robinson picked up nine wickets in three games with the best spell coming in Rawalpindi where he grabbed four wickets in an innings.

The right-arm fast-medium bowler bowled well with the new ball alongside James Anderson whilst scoring 74 runs with the bat in four innings.

Mark Wood (8/10): Mark Wood, who is widely regarded as one of the fastest bowlers of this time, picked up 8 wickets in the two games that he played. He replaced Livingstone and did justice to his position. Wood not only bowled well but supported his side with the willow, too.

His scores of 36 in Multan and 35* in Karachi were signs of great commitment with the bat and showed the world how England strategizes usually with longer batting line-ups than their opposition.