England has a tough challenge in the 33rd game of the ICC Men’s T20 World Cup 2022 against New Zealand. The rain washout against Australia has complicated matters for the team which lost to Ireland earlier. New Zealand has looked like one of the best sides in the tournament as they come into this match with a massive win against Sri Lanka.

England shall feel the heat after their poor show against Ireland. Their batters and bowlers haven’t been in the best form and have struggled on these hard and bouncy wickets. New Zealand has won both games by big margins. These are the two top sides of the world, and the game would be high in intensity.

Jos Buttler‘s side can’t afford to lose this game. Their previous game against Australia was abandoned due to rain. They have 3 points after three games and share it with two other sides in the group. A win here would keep them in the hunt for a berth in the next round. The Kiwis would be tough to beat, and Buttler shall expect a good show from his players.

Alex Hales and Buttler must get off to a good start, as New Zealand have their new ball bowlers in good form. They have firepower in the middle order and runs from Dawid Malan, Ben Stokes, and Liam Livingstone shall put the side in a good position. Harry Brook, Moeen Ali, Sam Curran, and Chris Woakes add depth to this batting line-up.

Ben Stokes and Chris Woakes must get early breakthroughs, as the New Zealand top order has done well in recent games. The side would also like to see good spells from Moeen Ali, Adil Rashid, and Mark Wood in the middle overs. Curran brings variety to this attack, making it strong.

Kane Williamson’s side tops the points table after their convincing 65-run win against Sri Lanka. They had already defeated Australia by a big margin and looked in excellent form. Their batting line-up has done well, and the time shall look to carry with the same form. Williamson would like to win this game and book a berth in the next round.

Devon Conway has done well in the tournament, and he will look to offer an electrifying start with Finn Allen. Glenn Phillips comes here with a hundred under his belt and needs to build partnerships in the middle order with Williamson and Darryl Mitchell. James Neesham and Mitchell Santner can add quick runs and strengthen the side’s batting.

Trent Boult and Tim Southee bowled well in tandem in the last game. They would look to bowl a great burst of fire with the new ball. Lockie Ferguson must bowl better lines than he has done. The side would also expect a good show from Ish Sodhi and Santner, as England have clean hitters in the side. 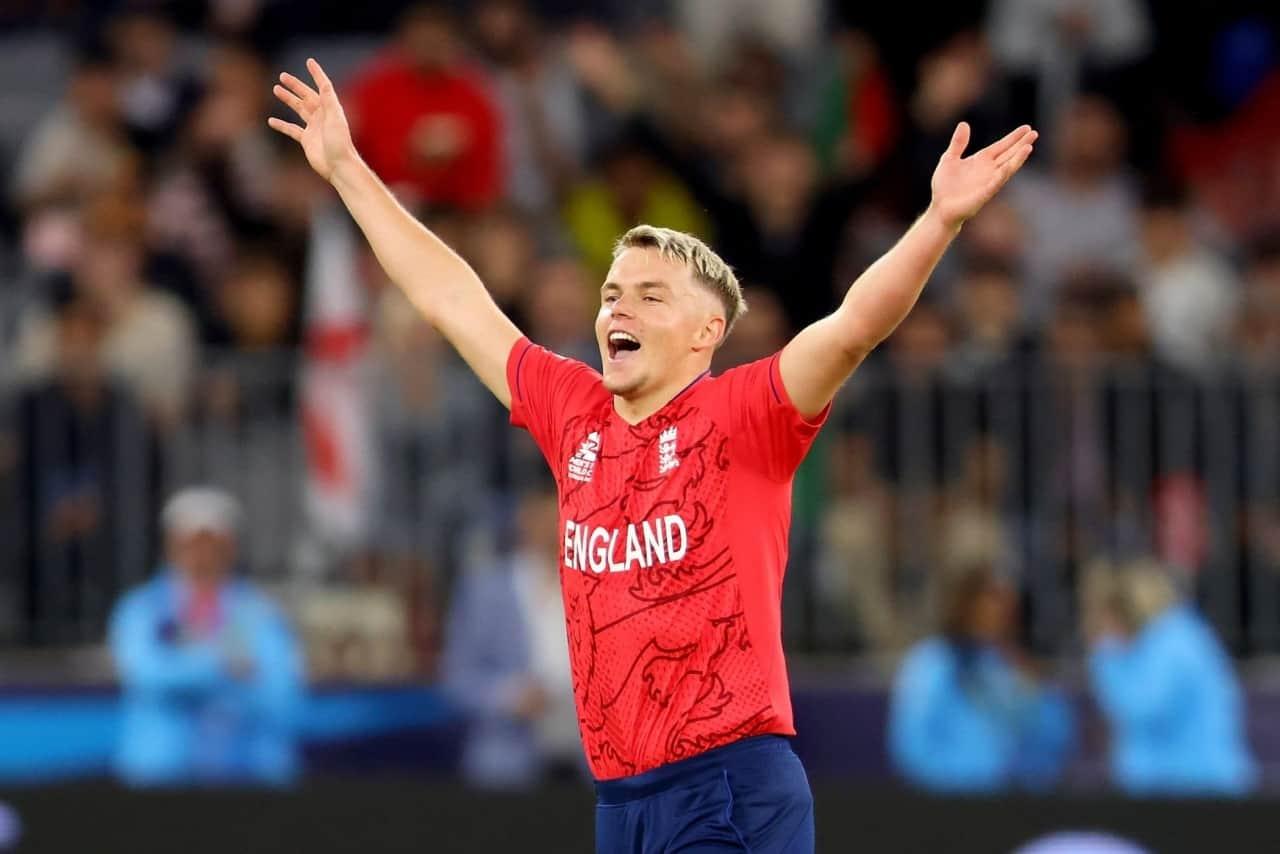 Sam Curran’s five-for dismantled Afghanistan as England notched a five-wicket win in their opening T20 World Cup match. Curran sizzled with a five-wicket haul, giving away only 10 runs, while Ben Stokes (2/19) and Mark Wood (2/23) picked two wickets apiece to bundle out Afghanistan for 112. Defending a modest total, the Afghans made a game out of it but England eventually completed the task in 18.1 overs

In their next game against Ireland, the Three Lions suffered a shock as the Wolves caused one of the biggest upsets in the history of the ICC Men’s T20 World Cup by registering a five-run victory (DLS method). England was unable to gather much momentum during their chase of Ireland’s decent total of 157 and will rue the fact they were five runs short of the par score when the rain hit late at the MCG.

The most recent game against England and Australia was abandoned a couple of days ago after consistent rains forced both teams to share points.

New Zealand, on the other hand, courtesy of a power-packed bowling performance by Tim Southee and Mitchell Santner coupled with a top-class half-century from Devon Conway helped the Black Caps sink the defending champions Australia to an 89-run defeat in their tournament opener. Their next game against Afghanistan was abandoned due to consistent rains as both teams shared the spoils.

In their most recent game against Sri Lanka, Glenn Phillips rode his luck to smash a special hundred as New Zealand put their poor start behind them to register a crucial 65-run win over Sri Lanka in the T20 World Cup on Saturday. New Zealand found themselves tottering at 15 for three inside the powerplay before Phillips (104 off 64) shared an 84-run stand with Daryl Mitchell (22 off 24) to stabilise the innings.

England and New Zealand have played each other in 22 men’s T20I games with the Three Lions winning 13 of those fixtures including a tied game. The Black Caps, meanwhile, have won eight games while one game has been abandoned.

In the men’s T20 World Cup, the two teams played each other in six games with each of these teams winning three games apiece. New Zealand won the most recent such encounter played between the two sides in the semi-finals of the 2021 edition.

Jos Buttler (England): Since finding a tempo to his T20 batting, Jos Buttler has gone from a dangerous hitter to a calculated batter who adapts to game situations and maximises boundary opportunities, keeping the strike rate quite a bit above par.

Buttler is best positioned to get one of those big hundreds than most other batters, to show he can turn it on in this fixture in World Cups. 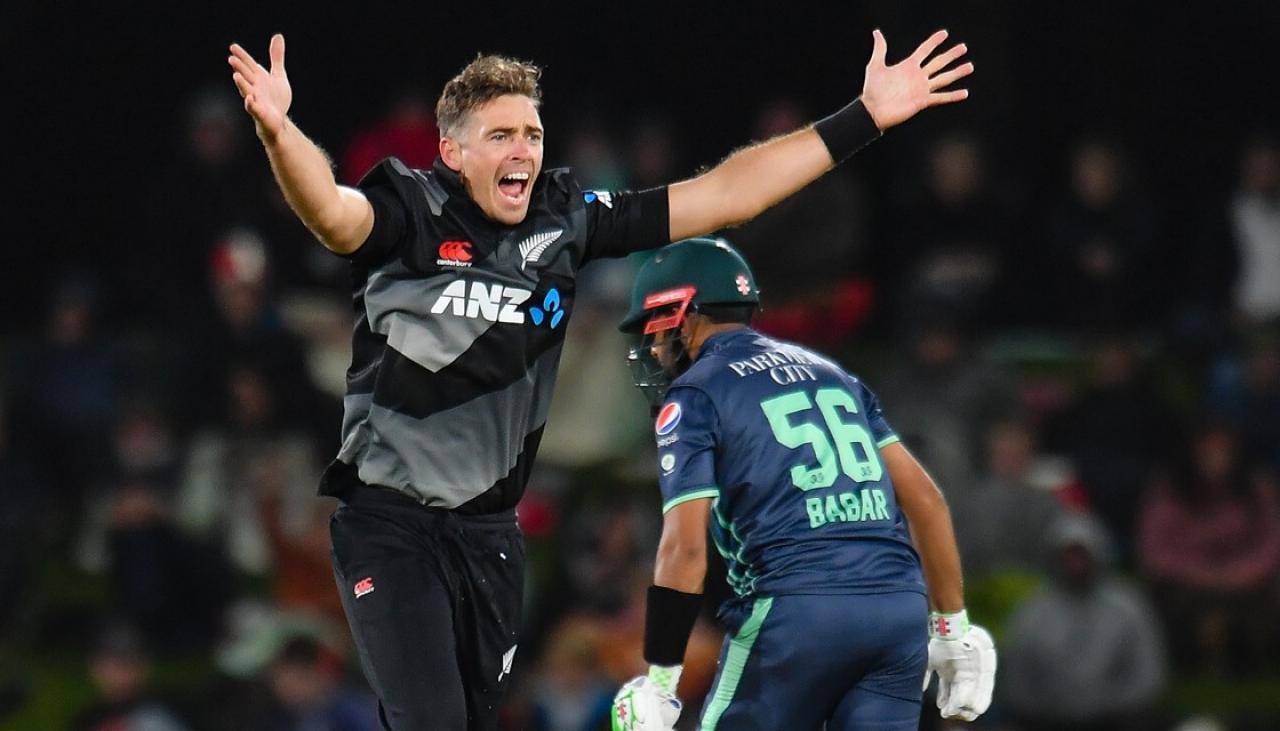 Tim Southee (New Zealand): The pacer was at his best in New Zealand’s opening game, ending up with figures of 3/6 in 2.1 overs against Australia. Getting swing and seam movement up front, Southee caused a lot of trouble for the Australian batter.

The same was evident against Sri Lanka as well when he dismissed Pathum Nissanka in his very first over. New Zealand will again pin their hopes on Southee to replicate a similar performance and hope that the veteran pacer rocks the England top-order up front at the Gabba.

England shall have to battle for their survival in the tournament. Hence, the pressure would be on them in this game. Their batsmen must take the lead and tackle the adverse bowling conditions after looking rusty against Ireland.

New Zealand would have their spirits high and have their batsmen and new ball bowlers in good form. It will make New Zealand favorites to win the game.