England confirms their tour to Pakistan after 16 Years, the two T20 series will be held right before T20 World Cup in October 2021 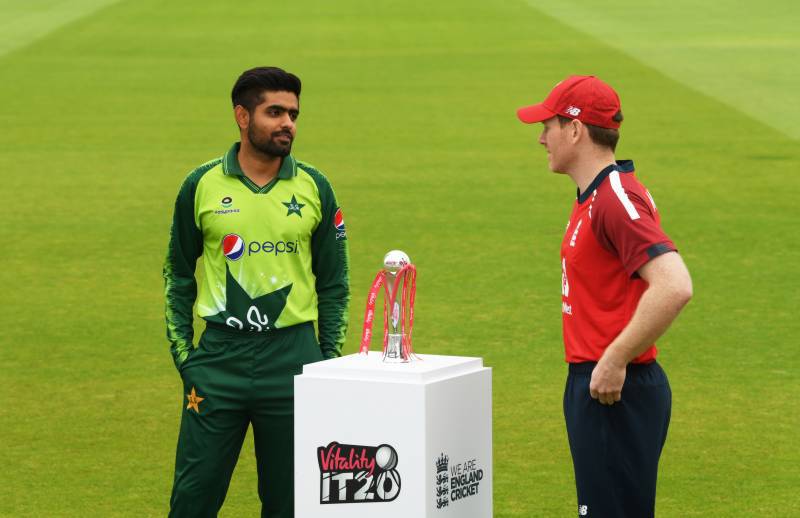 The ECB confirms their tour to Pakistan in October, next year. England will be visiting Pakistan after 16 years. There will be a series of two T20 matches that will be held in Karachi right before ICC T20 World Cup in India.

England will be touring Pakistan after one and the half-decade following the reciprocal agreement held between the two countries. The two games will be held in Karachi as practice matches for T20 World Cup, 2021 in India. The news is confirmed on Wednesday, November 18, 2020, by both ECB and PCB.

PCB invited England to visit Pakistan at the start of next year for a short series between two countries but due to unavailability of top-players and cost-related matters, ECB decided to reschedule its visit.

“I am delighted to confirm that England will be touring Pakistan to play two T20Is in October 2021. The full-strength England squad will arrive at the back-end of our home series against New Zealand. We also expect Australia to visit Pakistan for its FTP commitment in the 2021-22 season, with England returning for both Test and white-ball tours in the 2022-23 season,”

Wasim Khan was confident that the tour will open the gates for further white-ball and red-ball series in Pakistan.

“This will give them further encouragement and confidence to not only return in 2022-23 but also express their interest in the Pakistan Super League,”

England is scheduled to arrive Pakistan on 12 October and both teams will depart for India on 16 0ctober. England last toured Pakistan in 2005, they played a long series of 3 Test-matches and 5 One-Day Internationals. The subsequent series was played between England and Pakistan in 2012 and 2015 held in UAE.

“It’s a real pleasure to announce that the England men’s T20I squad will be playing in Pakistan in October 2021. This will be the first time since 2005 that an England team has toured Pakistan and, as such, it represents a significant moment for both nations,”

England is basically returning the favour to Pakistan as PCB allowed the players to visit England for 3 test and 3 T20-matches after the restrictions of Covid-19 pandemic were lifted this year.

“As was demonstrated this summer, we have a strong relationship with the PCB, and the ECB is delighted to be able to play our part in ensuring the safe return of international cricket to this wonderful nation of passionate cricket fans. We are working closely with the PCB to ensure all the necessary plans are in place, especially concerning the anticipated levels of security around the team, the proposed travel protocols and the situation regarding the ever-changing Covid-19 pandemic,”