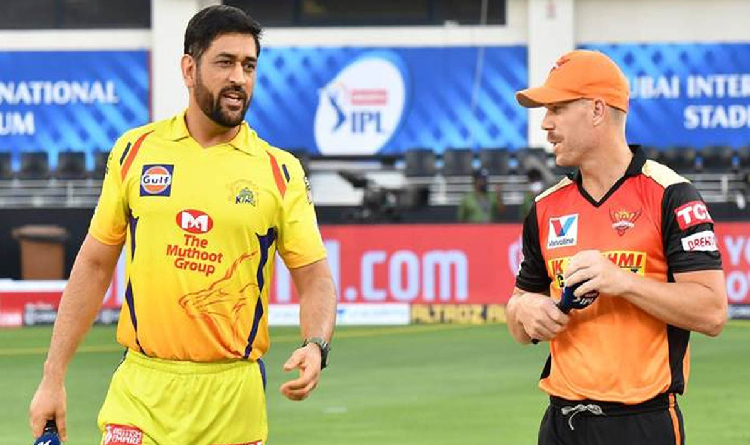 The Men in Yellow in the 29th match of the Indian Premier League (IPL) 2020 came back to winning ways after two back-to-back losses by defeating SunRisers Hyderabad in Dubai. Defending the 168 runs target, CSK successfully restricted SRH to 147/8.

CSK won the toss, and captain Dhoni elected to bat first, and Faf du Plessis and Sam Curran came to open for CSK. In the third over, CSK lost its opener when Sandeep Sharma took the first breakthrough for SRH and dismissed du Plessis for 0. Sam Curran stroked some boundaries before Sandeep Sharma took him out for 31 in the fifth over. Ambati Rayudu and Shane Watson joined forces and continued to surge the scoreboard. Watson got some more time as the umpires gave not-out on the unclear catch by Manish Pandey. Watson made the best of the time he got and took the score over 100 with Ambati Rayudu. But they were dismissed soon for 42 and 41 respectively. Dhoni and was sent back for 21 after some good strokes. In the end, Ravindra Jadeja made the finishing touches with his 25* off ten balls.

David Warner and Jonny Bairstow started the run chase for SRH. CSK created the pressure from the beginning by taking two wickets in the fourth over. Kane Williamson and Jonny Bairstow stood firm and took the score past 50 before Jadeja knocked out Bairstow for 23 runs. Priyam Garg came out to support Kane Williamson, but Karn Sharma marked his early end and sent him back for 16 runs. Vijay Shankar met with an early knockout by Dwayne Bravo. Kane Williamson completed his fifty but got out in the next over for 57 off 39 balls. Rashid Khan tried his best but was stopped by Shardul Thakur. Dwayne Bravo gave a brilliant finishing over when Shahbaz Nadeem couldn’t do much, and SRH was all out for 147/8 and lost the match by 20 runs.