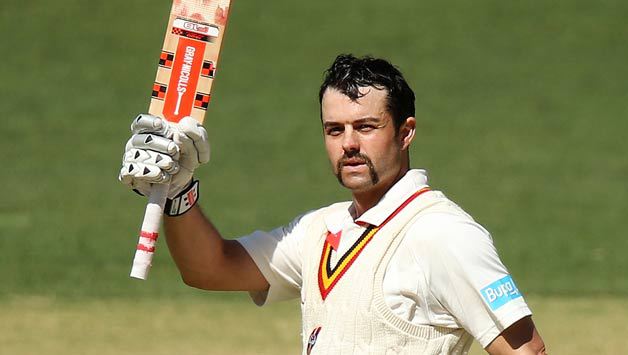 Former Australia Test cricketer Callum Ferguson has announced that he will be retiring from First-Class cricket after a career that spanned 16 years. The 35-year-old, however, will continue to play in the T20 competition Big Bash League where he is the captain of Sydney Thunder, and will continue to play one-day cricket for South Australia.

Ferguson said while announcing his retirement, ”I’d like to thank my family, my parents Pauline and Jim, and my wife Rhiannon who have supported me through the journey. I also have great gratitude for all my team-mates, coaches, SACA Members and fans who have made my time in the baggy red most enjoyable, and I have always been proud to play for this great State.

“I wish nothing but the best for the team which I believe has the talent and drive to take us to a Shield in the years to come. I’m looking forward to playing in the Marsh Cup later in the season and continuing to help mentor our young exciting players,”

Ferguson will be playing his final First-Class match for South Australia next week, which will take his overall tally to 147 matches that also includes his only appearance in Test cricket in 2016 during Australia’s horrid series against South Africa at home.

Ferguson has scored 9,278 runs in First-Class cricket at an average of 36.81 including 20 centuries and 48 half-centuries. He has scored 8,210 runs in Sheffield Shield which is the highest for any player ahead of this season’s edition. According to Cricbuzz, Ferguson needs another 60 more runs to surpass Les Favell and become the all-time fourth highest run-getter for South Australia.

“There’s a lot of fantastic cricketers around the world that haven’t had the chance to play for their country, and the Baggy Green has been one of the hardest traditionally to get your hands on. I got my hands on one—didn’t take my chance unfortunately, but it is something I’m enormously proud of.”

He said during a press conference on Thursday.