Big blow for Pakistan as Shaheen Afridi gets a knee injury, ruled out from the second Test 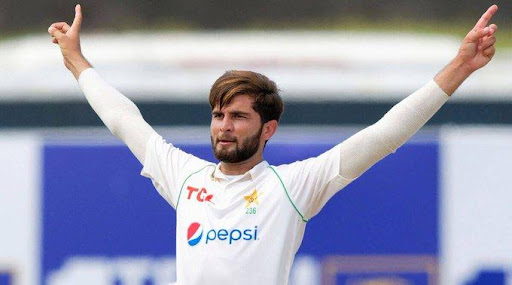 Shaheen Afridi ruled out from the second Test against Sri Lanka

Pakistan faces a huge blow as their star pacer Shaheen Afridi has been ruled out from the second Test against Sri Lanka in Galle following a knee injury, confirmed by PCB in a media release on Thursday (July 21).

Shaheen Afridi got an injury to his right knee on the Day 4 of the first Test at Galle that Pakistan won by four wickets with a historical run-chase on the final day.

Pakistan faces a huge blow as their star pacer Shaheen Afridi has been ruled out from the second Test against Sri Lanka in Galle following a knee injury, confirmed by PCB in a media release on Thursday (July 21).

“He will stay with the Test side in Sri Lanka, where his initial rehabilitation and management will continue under the supervision of the team’s medical staff,”

Afridi bowled brilliantly in the first innings of the 1st Test and claimed 4 wickets for just 58 runs in 14.1 overs to play a crucial role in bundling out the hosts for 222.

The problem appeared when Afridi, who was fielding at mid-wicket, dived in to stop a boundary from Dinesh Chandimal and got misbalanced. He was immediately taken for the scans but the swelling and pain ruled him out.

read a team statement as quoted by the

“Due to a knee injury sustained on the fourth day of the first Test, Shaheen Afridi will miss the second Test, which will be played in Galle from July 24,”

His participation in the second innings of Sri Lanka was only limited to seven overs. Afridi who is just one wicket away from claiming 100 Test wickets left day 4 of play with discomfort.

In the absence of Shaheen, the doors are open for the replacements such as Haris Rauf and Faheem Ashraf to feature in the XI.

The left-arm pacer’s injury also put brakes on his feat of getting 100 Test wickets and becoming the number 11th Pakistan bowler to do so. He is currently standing on 99 wickets in the longest format.

Meanwhile, Sri Lanka also found an injury in their playing XI as their offspinner Maheesh Theekshana was ruled out from the second Test after getting an injury to his bowling hand.

The second Test is on the 26th of July and with this Test victory, Pakistan can further closes its standing with South Africa and Australia in the World Test Championship.

Pakistan is currently standing at the third spot with a percentage of 58.33.