Bangladesh vs Zimbabwe: Preview and Prediction 

Zimbabwe has a chance to get two crucial points against Bangladesh after registering an upset victory against Pakistan to make their claim for the semi-final spot a virtual reality. Bangladesh, however, despite a crushing defeat against South Africa, would still be confident enough to give the Chevrons yet another headache.

Bangladesh beat the Netherlands to notch up their first-ever win in the Super 12s stage of the tournament, majorly on the back of their fast bowlers and they will be hoping to put up a similar performance against South Africa with the ball.

Meanwhile, Zimbabwe’s all-round effort to better a strong side like Pakistan would give them confidence heading into the game given the Chevrons have also defeated the Bangla Tigers in a T20I series earlier in the year. 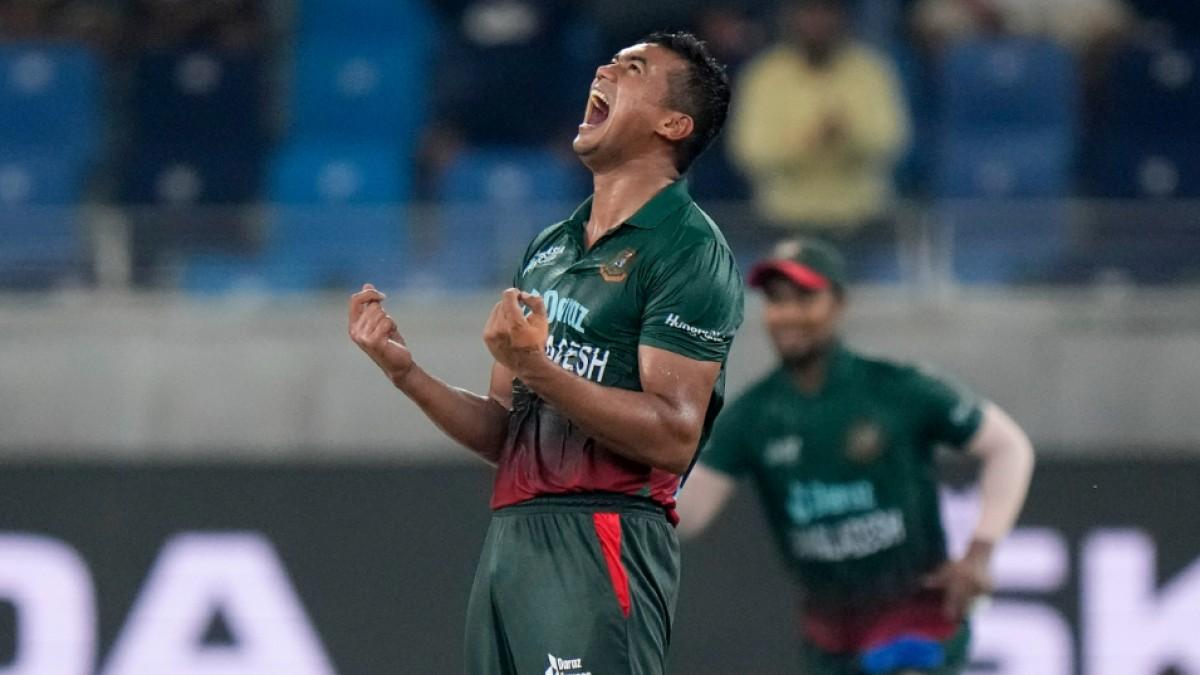 Taskin Ahmed starred for Bangladesh against the Netherlands

In their tournament opener, Pacer Taskin Ahmed produced career-best figures of 4/25 as Bangladesh bounced back from an insipid batting show to defeat the Netherlands by nine runs in their opening Super-12 game.

Paul van Meekeren led the show with a tidy 2/21 as the Netherlands bounced back after the Power Play to restrict Bangladesh to a modest 144 for eight. Bangladesh needed to lift themselves in the bowling department and they did that via Taskin who helped his team dismiss the opposition for 135.

However, the Bangla tigers were bulldozed by their next opponent as South Africa beat Bangladesh by 104 runs. Batting first, South Africa posted an imposing 205 for 5, riding on Rilee Rossouw’s whirlwind 56-ball 109 and Quinton de Kock’s 38-ball 63. The Proteas then returned to bowl out Bangladesh for 101 in 16.3 overs.

Meanwhile, Zimbabwe had to settle for a point after consistent rain forced the Super-12 game between Zimbabwe and South Africa to be abandoned. However, in their next game against Pakistan, the Chevrons shocked Pakistan by one run in a thrilling T20 World Cup 2022 match on Thursday.

Opting to bat after winning the toss, Zimbabwe scored 130/8. Shan Masood top-scored with 44 off 38 balls, but Pakistan fell short in the end as they failed to score the three runs required for victory in the last ball of the match. Sikandar Raza was Zimbabwe’s most successful bowler with 3/25, while Brad Evans picked up two wickets for 25 runs.

Bangladesh and Zimbabwe have played each other in 19 men’s T20I games with the Bangla Tigers winning 12 of those encounters whilst seven of those fixtures have been won by the Chevrons.

The last such fixture between the two teams was played in August 2022 wherein the Chevrons won the match by 10 runs. This will however be the first time the two sides play each other in a men’s T20 World Cup game.

Taskin Ahmed (Bangladesh): The Bangladesh bowler can do a lot of damage with his pace. The best example is his career-best figures of 4/25 in the recent game against the Netherlands which helped the Tigers defend a modest score of 144 in the first innings.

Taskin has claimed 33 dismissals in 43 T20Is at an average of 34.2. Bangladesh will have many expectations from its speedster. 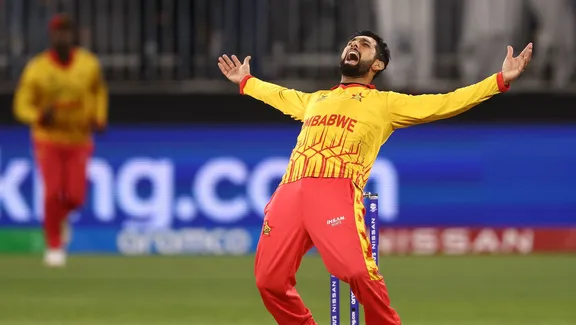 Sikandar Raza (Zimbabwe): The Zimbabwe all-rounder was the Player of the Match in the last Round 1 match where he hit 40 runs off just 23 balls against Scotland to help Zimbabwe qualify for the Super 12s and most recently against Pakistan for his figures of 3/25 that turned the match in the Chevrons’ favor.

He is the centre-stone of the Zimbabwe batting line-up and also plays a key role with the ball. If there is any chance of any upset then Raza is almost certainly going to have to fire.

Zimbabwe has already beaten Bangladesh in a T20I series this year and will not fear the wounded Tigers one bit, especially after seeing them beaten so comprehensively by South Africa.

Momentum is with Craig Ervine’s side with anyone knowing their role and playing it well. Australian conditions seem to have really suited them and it would be no surprise to see them afforded plenty of joy against a Bangladesh bowling attack low on confidence. Therefore, backing Zimbabwe to gain a second ‘Super 12’s’ victory is to be seriously considered here.