Bangladesh has already won the series

India and Bangladesh will square off for the last match of the three-match ODI series on Saturday as the action will shift to the Zahur Ahmed Chowdhury Stadium in Chattogram.

This will be a dead rubber contest, with Bangladesh having already secured the series with two consecutive victories. For the Tigers, it will be a match of historical significance if they can whitewash their neighbours.

For India, the challenge will be to avoid exactly such an occurrence and prevent further humiliation. Though the series cannot be salvaged, a scoreline of 1-2 will help the men in blue regain some of their lost confidence and also enter the Test series with a positive frame of mind.

Bangladesh started the series in an epic fashion – by handing India a one-wicket defeat in the first match. Batting first, the men in blue could only score 186 runs as Shakib Al Hasan ran riots, picking up 5 wickets by conceding only 36 runs.

The Tigers’ batting performance, however, was not up to the mark. At one stage, Litton Das’ men were struggling at 136/9 and it seemed that a loss is only a matter of time. However, a fantastic last-wicket partnership saved the day for the hosts.

The challenge was a bit different in the second match, but Bangladesh once again came up trumps. Batting first this time around, Das’ team was once struggling at 69/9. However, a stunning century by Mehidy Hasan Miraz and a composed 77 from Mahmudullah helped them score 271 runs.

In response, India had a similarly poor start and was once headed to a humbling defeat when the scoreboard read 65/4. Thanks to half-centuries from Shreyas Iyer, Axar Patel and an injured Rohit Sharma, the visitors did manage to fight back but ultimately fell six runs short.

While they have certainly exceeded all expectations, Bangladesh’s head-to-head records against India in the ODI format are far from impressive. These two nations have met 38 times in the ODI format, wherein the men in blue have won 30 matches.

Bangladesh won seven games – which includes two victories from this series, while only one match ended in a no result. India’s last victory, however, was way back in the 2019 ICC Cricket World Cup at Edgbaston.

Mehidy Hasan Miraz (Bangladesh): Mehidy Hasan Miraz has been the saviour for Bangladesh in this series – in the true sense of the word. In the first ODI, he dismissed Shikhar Dhawan and then helped Bangladesh chase down the target by setting up a 51-run last-wicket stand with Mustafizur Rahman.

The performance in the second ODI was even more exceptional. He scored a century from only 83 deliveries and then contributed with the ball as well, by picking up the crucial wickets of in-form Shreyas Iyer and KL Rahul.

Washington Sundar (India): There have not been many decent performers from India in this series, but Washington Sundar deserves praise for his performance. He is currently the team’s joint-leading wicket-taker, having picked up five wickets at an average of only 10.80 and an economy rate of 3.60 runs per over. 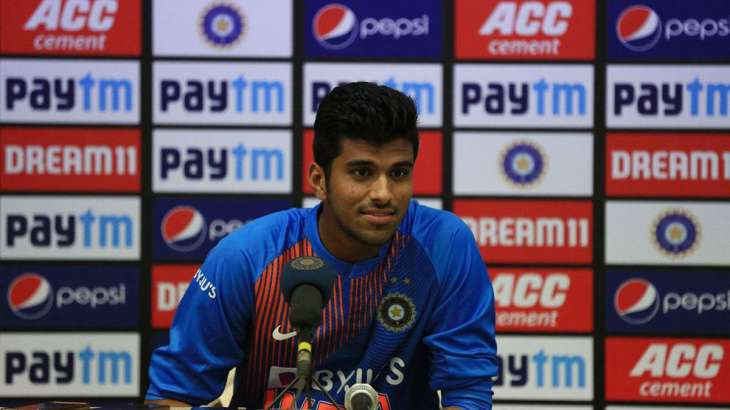 Washington Sundar has been one of India’s rare good performers

In the first match, Sundar scored 19 runs and picked up the skipper Das and Shakib. The all-rounder improved his own performance in the next match by first dismissing Shakib, Mushfiqur Rahim and Afif Hossain, and then scoring 11 runs.

India might have lost the first two matches and will be without skipper Sharma in this match, but given that they will desperately try to avoid a humbling whitewash, we have predicted Rahul Dravid’s men to win this match.