One minute down, next minute up!

Bangladesh registered a nail-biting victory over India in the first chapter of the series and will be eying to seal the bilateral saga in the forthcoming fixture. The visiting side led by captain Rohit Sharma is looking forward to staging a comeback and avenging their earlier defeat in the second encounter. Shere Bangla National Stadium of the capital city Dhaka will be the venue of this forthcoming second fixture of the ODI bilateral, occurring on Wednesday.

The stand-in captain Litton Das led his Bangla Tigers to a remarkable victory over the heavyweights on his captaincy debut day in international cricket’s 50-over format. Das will now aim to extend this dream start further and turn it into a historic bilateral win for his nation. Meanwhile, all eyes will be on the Indian skipper ‘Hitman Sharma’ whose decisions have been under criticism after their recent defeat.

The Bangladeshi speedster Taskin Ahmed who was ruled out of the opening fixture due to back issues may make his return in the second ODI. The 27-year-old is likely to replace the right-arm pacer Hasan Mahmud who was the only bowler from the Green and Reds camp to look off-colour at Mirpur. Another change that Bangla management can make to strengthen their batting lineup is the addition of Nurul Hasan Sohan who was left out of their playing eleven.

The Indian team has suffered multiple injury blows after arriving in the Bangladeshi capital as many of their key players have become unavailable to feature in this series. Mohammad Shami was ruled out of the entire series owing to a shoulder injury while Rishabh Pant has also been released from the ODI squad. Axar Patel missed out on the opening game due to a minor rib injury and may make a comeback replacing Shahbaz Ahmed in the Blues lineup. 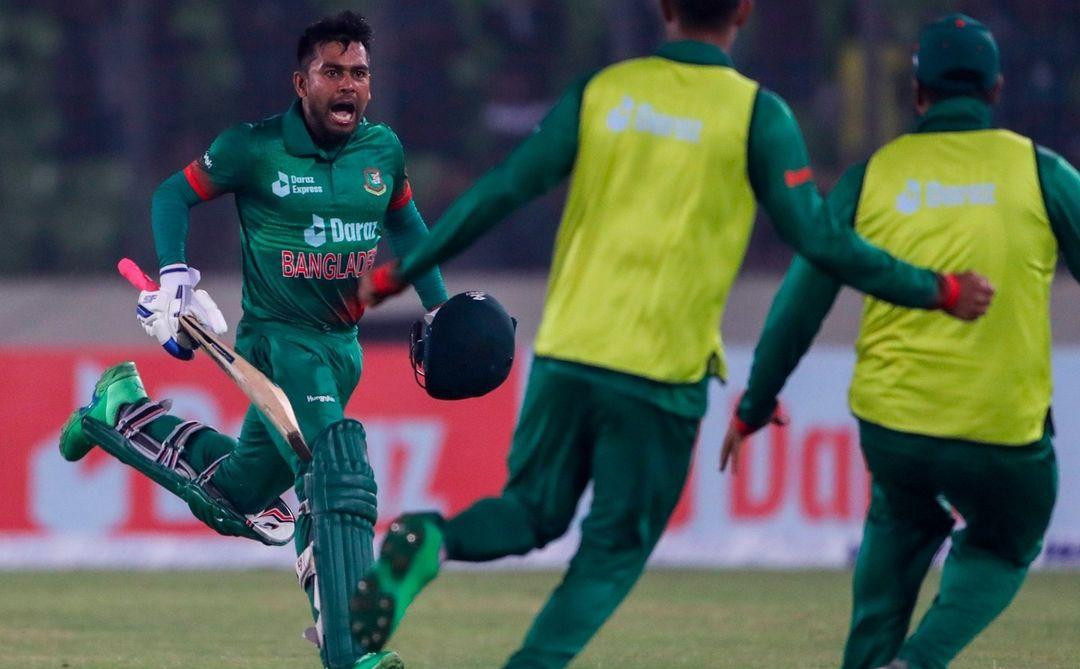 The home crowd witnessed the roaring of Mehidy Hasan Miraz

The home team took a crucial 1-0 lead in the series after edging past the Men in Blue in a nail-biting thriller which resulted in a 1-wicket for the Bangla Tigers. Team Bangladesh analysed the Dhaka pitch well and capitalized on the home conditions by opting to bowl first after winning the toss. The Indian batting unit dropped their weapons in front of frontline Bangla bowlers and found themselves on 49 runs with the loss of three wickets at the end of 11 overs.

Despite losing the wickets of the three top-order batters Rohit Sharma, Shikhar Dhawan and Virat Kohli, a 43-run partnership between KL Rahul and Shreyas Iyer stabilized the Indian innings. The vice-captain Rahul then went on to have another critical partnership of 60 runs with Washington Sundar to take the team score towards a respectable total. The 30-year-old wicket-keeper batter played a fighting inning of 73 runs from 70 balls and played a pivotal role in Team India posting 186 runs on the board.

On the other hand, Bangladesh also had a forgettable start to their innings where the left-handed opener Najmul Hossain Shanto was dismissed by Deepak Chahar on the very first ball.

When the ninth wicket of Green and Reds was fallen, Mustafizur Rahman walked in as the eleventh number batter while they were still 50 runs away from the target. The bowling all-rounder Mehidy Hasan Miraz who earlier picked a solitary wicket in the first inning played a match-winning unbeaten knock of 37 runs and claimed the Player of the Match honor.

India’s track record on Bangladeshi soil was not also much affected after their fifth defeat as their win count is already on 17. However, the two-time world champions who once had a winning streak of six games at the Mirpur Fortress, now have only emerged victorious once in their last five ODI appearances at this ground. 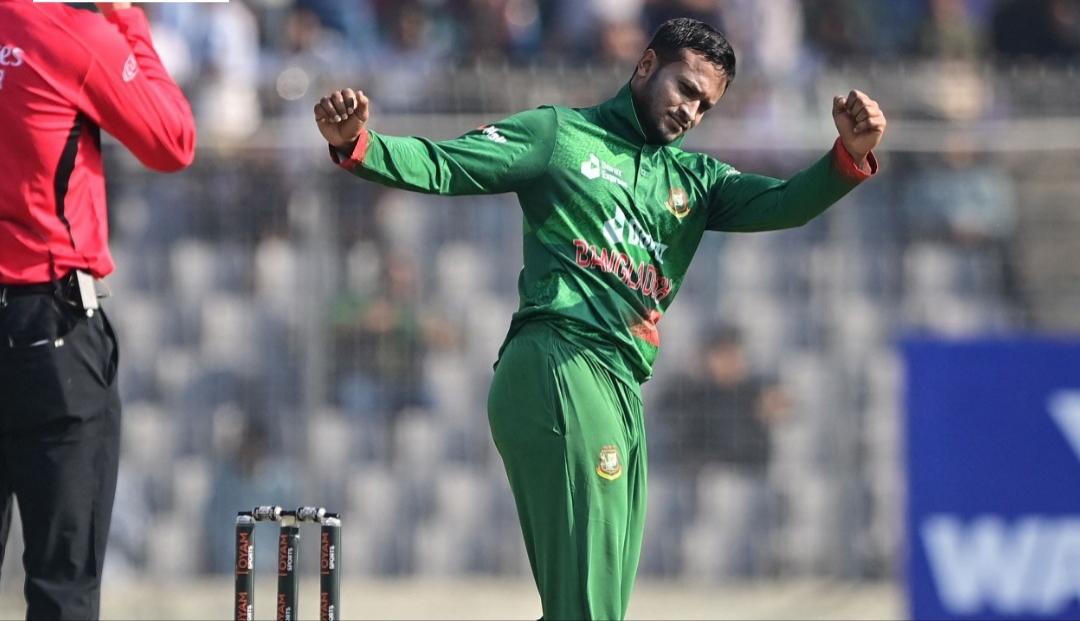 Shakib al Hasan is ageing like a fine wine!

Shakib Al Hasan: Despite the heavy rumors of Shakib overtaking the ODI captaincy roaming around, the veteran smartly left it well to keep his game freedom. The 35-year-old all-rounder registered his 50-over career’s fourth five-wicket haul including the valuable wicket of Virat Kohli in the opening match. He then went on to contribute with his willow by scoring 29 off 38 deliveries before getting dismissed by another finger-spinner Washington Sundar.

KL Rahul: Rahul was given back the role of wicketkeeping middle-order after a long time and he left no stone unturned to impress everyone in his new role. The Karnataka-based batter had an individual contribution of 39% to the team’s total score after surviving around 30 overs on the crease. However, he still needs to pay attention to his wicket-keeping skills for the team’s behove as his dropped catch for the 10th wicket eventually cost them big.

The tables have been turned and it’s Bangladesh who will be turning up for the forthcoming fixture as favorites as the winning odds are heavily favoring them. The key for Bangladesh to once again emerge victorious in this contest is to get rid of the Indian top order at the earliest.

Meanwhile, the weak point of the Indian side is also their strongest one as even if one of their Top 3 batters manages to stay on the pitch for long can take the game away from the reach of the Green and Reds.