Australia vs Ireland: Preview and Prediction  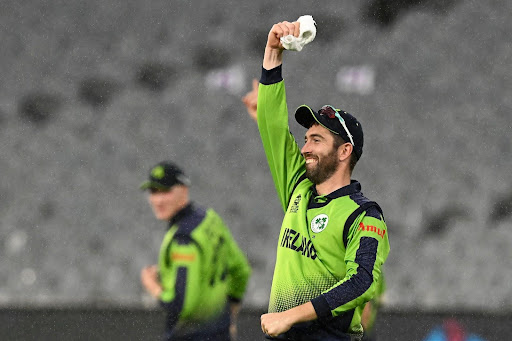 After beating England via Duckworth-Lewis Method in the 2022 ICC T20 World Cup, Ireland will be eager to repeat the same when they take on Australia at the Gabba in Brisbane on Tuesday starting from 01:30 PM IST.

Ireland was unable to cross the hurdle of qualifiers in the 2021 ICC World T20 Cup, losing to Namibia and Sri Lanka. Their lone victory over the Netherlands was not enough to take them to the Super 12 stage in UAE.

Ireland started their 2022 ICC T20 World Cup with a loss to Zimbabwe before bouncing back and beating West Indies and Scotland to qualify for the Super 12 stage. They were thrashed by Sri Lanka in their first match as they lost by 9 wickets and 30 balls remaining. However, they maintained their calm to beat England by 5 runs in the DLS method.

Batting first, they were all out for 157 runs riding high on the back of the performance by Andrew Balbirnie, Lorcan Tucker, and Curtis Campher. The lower order collapsed in no time but did enough to trouble the England batters. Dawid Malan and Harry Brook’s slow approach cost the team dearly as rain smiled on the Irish luck to help the underdogs register a famous win.

Australia, on the other hand, started their Super 12 stage with an 89-run thrashing from the hands of New Zealand. They bounced back strongly by defeating Sri Lanka by seven wickets. Marcus Stoinis’ powerful knock of 59 runs off 18 deliveries proved to be the difference as the spinners Maheesh Theekshana and Wanindu Hasaranga were given a heavy blow. Their last match against England was abandoned without a single ball being bowled. 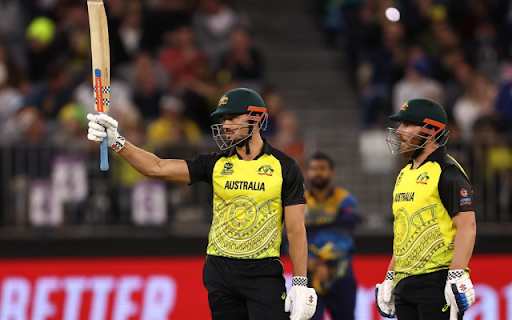 Ireland’s strength lies in their top order with the muscle power of Paul Stirling, Andrew Balbirnie, and Lorcan Tucker coming in handy to clear the long boundaries in Australia. Their middle order in the form of Harry Tector, Curtis Campher, George Dockrell, and Gareth Delany have struggled but are expected to retain their place.

Fionn Hand’s inclusion in the last match proved to be crucial as he took the wicket of dangerous Ben Stokes. Joshua Little will be entrusted to pick the wickets of the Aussie top order while Mark Adair and Barry McCarthy will be supporting him.

Pressure will be on Aaron Finch to move the scoreboard quickly as he posted only 31 runs off 42 deliveries at the top while opening with David Warner. Mitchell Marsh and Glenn Maxwell shouldn’t be underestimated either but it is the threat of Marcus Stoinis that Ireland needs to be wary of. Further down the order, they have the likes of Tim David and Matthew Wade who could have easily fit into any other international side as a top-order batsman.

Australia and Ireland have squared off against each other only once in the past with the former winning by a margin of seven wickets. Batting first, Ireland posted 123 runs for the loss of seven wickets in the 2012 ICC T20 World Cup. Shane Watson picked three while Mitchell Starc picked two wickets in that match to restrict the European team to a low total.

In reply, Australia chased the target with 29 balls remaining. The Irish bowlers had no reply to Shane Watson’s fiery knock of 51 runs off 30 balls while David Warner and Cameron White held his hand at the other end.

Marcus Stoinis: Stoinis has emerged as one of the world’s best hitters as he raced to Australia’s quickest-ever half-century score in T20I cricket. The spinners in particular need to be careful against him as he comes down the line more often than not to negate the spin and whack the balls downtown.

Andrew Balbirnie: With Stirling struggling to get going against big nations in ICC T20 World Cup 2022, a lot will depend on Andrew Balbirnie who plays relatively more calmly than his counterpart. The problem in Ireland’s support down the order, which was missing in the match against England. If they can fix it, Ireland can give a tough fight to the hosts.

Ireland has proved that they are no pushovers but Australia is too strong a force to reckon with. We predict the hosts to win the match.