Australia vs India, 1st T20: Chahal and Natarajan helps India seal an 11 runs win, Jadeja out from the series 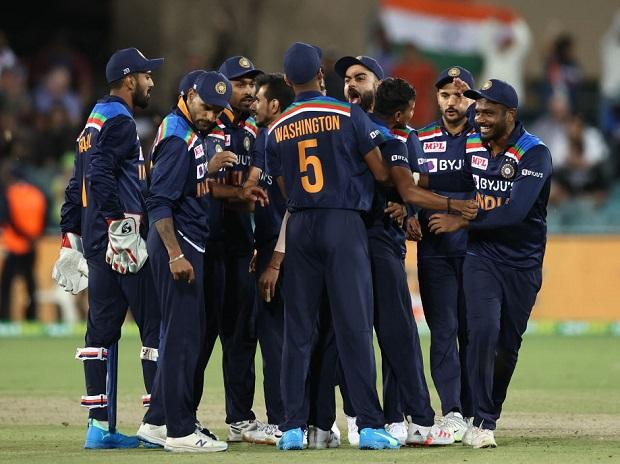 India defeated Australia by 11 runs in the opening T20 match at Manuka Oval, Canberra, and lead the three-match series by 1-0.  The Australian skipper won the toss and opted to bowl first. India scored 161/7 in 20 overs in the first innings.

KL Rahul 51 (40) was the highest runs scorer from the Indian side. He scored his 12th half-century in the T20 Internationals. Ravindra Jadeja got second on the list with his blistering 44 runs in only 23 balls based on five boundaries and a colossal sixer. While Moises Henriques was the leading wicket-taker from the Australian side, he took three wickets for 22 runs in his four overs.

Australia started the second innings with quite a hold. However, the dismissal of Australian captain Aaron Finch helped India in a comeback. Yuzvendra Chahal, who came as a concussion substitute for Ravindra Jadeja, made a strong impact. He took the vital wicket of Aaron Finch, and not only that, but the in-form Steve Smith also got early home by Chahal.

Virat Kohli said that he had no plans of playing Chahal, but things worked out good for them at the end of the game.

“There were no plans of having Yuzi in the game. Concussion replacements are a strange thing. Today, it worked for us. Yuzi showed character to squeeze the opponents. I thought they had a great start. They were cruising. The batters offered us a few wickets. That is T20 cricket for you,”

T Natarajan, the left-arm pacer, also made his presence worth on the debut. He joined Chahal to intercept Australia in a game they were easily winning. This spin and the fast duo took three wickets each at the end of the game to help India register a win they had no chance with the poor start. 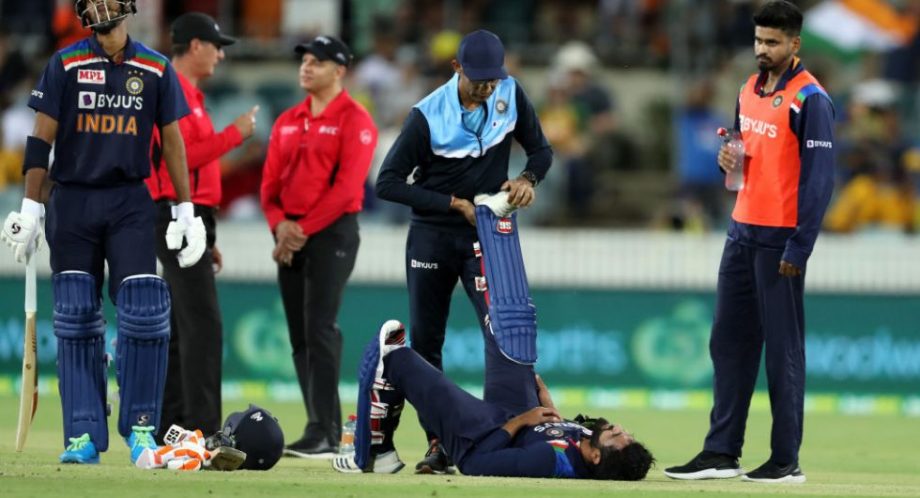 Ravindra Jadeja ruled out from the T20 series due to a concussion after getting stuck in the head while batting. Yuzvendra Chahal played the second innings as a concussion substitute. Shardul Thakur added to the squad as a replacement for Jadeja.

Yuzvendra Chahal worked like a miracle for team India for his tremendous 3/25 in 4 overs spell. He came in the second innings as a concussion substitute for Ravindra Jadeja. He said that he had no idea that he will be playing.

“I have played so many games and was mentally fit. 10-15 minutes before the start of the innings, I got to know I will play. The way Zampa bowled, I tried to do the same as well. It was a little harder to score in the first innings. 150-160 is a good score on this wicket. I bowled according to my plans,”

Ravindra Jadeja, the Indian all-rounder, was hit a deadly bouncer on the head in the final over bowled by Australian pacer Mitchell Starc. The BCCI (Board of Control for Cricket in India) said in a press release that Jadeja is under proper observation and he will be taken into medical tests and scans if required.

“The diagnosis was confirmed based on a clinical assessment in the dressing room during the innings break by the BCCI Medical Team. Jadeja remains under observation and will be taken for further scans if required based on the assessment on Saturday morning. He will not take any further part in the ongoing T20I series,”

the statement from BCCI.