Afghanistan vs Pakistan: Preview and Prediction 

Pakistan are favourites to win the game against Afghanistan

Afghanistan will face Pakistan in the 4th match of the Super 4 in the Asia Cup 2022 at Sharjah Cricket Stadium. After defeating India in the first match of the super 4, Pakistan is eying to be at the top spot in the group which will help them to reach the final of the league.

After a dominating performance on the group stage, Afghanistan failed to carry forward the momentum in the first game of the Super 4 against Sri Lanka. To continue their campaign for the Asia Cup 2022, they will face Pakistan in the upcoming match at Sharjah on Wednesday.

To tackle Pakistan’s attacking bowling unit, Afghanistan needs to utilize its batting strengths properly. A win against Pakistan will help them to stay in the race for the finals whereas a defeat in the upcoming match might end their campaign for Asia Cup 2022.

A constructive chase against India boosts the confidence of the Pakistani unit and with that momentum, they are going to face Afghanistan in their 2nd fixture of the Super 4 in the Asia Cup. A win in the upcoming match will strengthen their position to play in the finals of the cup.

Afghanistan defeated Sri Lanka in the Asia Cup 2022 opener. Sri Lanka was bowled out for 105 in 19.4 overs with Fazalhaq Farooqi taking three wickets in 3.4 overs. Chasing 106, Afghanistan reached 106 for two in 10.1 overs with Hazratullah Zazai smacking an unbeaten knock of 37 runs off 28 balls, in Dubai last week.

In their next game, Afghanistan defeated Bangladesh by seven wickets to qualify for the Super 4 stage of Asia Cup 2022, at the Sharjah Cricket Stadium in Sharjah last week. Chasing a target of 128 runs, Afghanistan reached 131 for three in 18.3 overs with Najibullah Zadran smacking an unbeaten knock of 43 runs off 17 balls.

Initially, three-wicket hauls by Mujeeb Ur Rahman and Rashid Khan helped Afghanistan restrict Bangladesh to 127 for seven in 20 overs. Mosaddek Hossain top-scored with an unbeaten knock of 48 runs off 31 balls.

In the last match against Sri Lanka, Afghanistan’s top-order batting lineup gave a solid start to the team. Rahmanullah Gurbaz played a fiery knock of 84 runs from 45 balls where he could manage to strike a ball with a rate of 186.66. The middle-order batters failed to convert that good start into a big total as the team ended up putting 175 runs on the board.

While defending the total of 176 runs, despite Mujeeb Ur Rahman’s economical spell of 2 wickets for 30 runs in his 4 overs, no other bowler could manage to put pressure on opponents and Sri Lanka chased down the target on the 1st ball of the 20th over. Middle order batting lineup and death over bowling are the two main issues Afghanistan is facing in Asia Cup 2022. 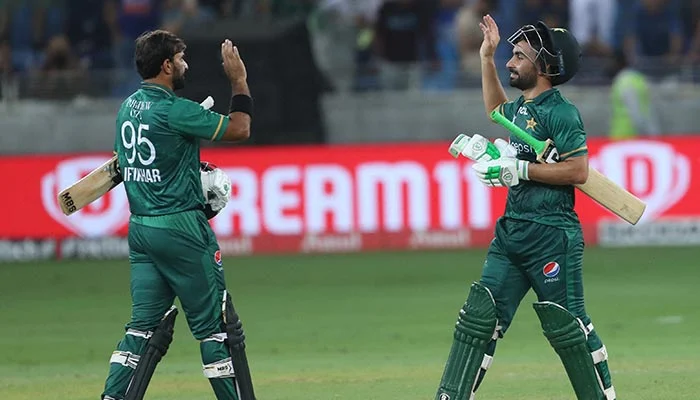 Pakistan began their Asia Cup campaign with a five-wicket loss over arch-rivals India. After being put to bat first, India restricted the Men in Green to 147 runs before chasing down the target in the final over courtesy of an all-round effort by Hardik Pandya.

In their next game, Pakistan set up a second showdown against arch-rivals India in as many weeks with a record 155-run win over Hong Kong in a must-win Asia Cup match last week. Mohammad Rizwan had to work hard for his 78 off 57 balls as Pakistan got a much-needed final flourish to post 193 for two against Hong Kong.

Hong Kong was simply blown away in the run-chase with the Pakistani attack proving to be too good for them. Their innings folded up for just 38 in 10.4 overs, sending Pakistan into the Super 4s as the second-placed team from Group A. It was in fact Pakistan’s biggest win in the shortest format of the game.

After winning a toss against India in the last match, Babar Azam’s decision to bowl first was not justified by the team’s bowlers. As the pace attack suffered against the Indian batting unit, the spin duo of Mohammad Nawaz and Shadab Khan could manage to put pressure by taking 3 wickets in a combine. Few poor fielding efforts and expensive death overs cost them to concede 181 runs.

Babar Azam’s struggle in the Asia Cup continued while chasing the target of 182 runs. But Mohammad Rizwan (scored 71 runs from 51 balls) and Mohammad Nawaz who played a crucial knock of 42 runs from 20 balls, led them to set up for a win against the Indian bowling attack. Khushdil Shah and Asif Ali helped them to register a win in the last over.

Hazratullah Zazai (Afghanistan): The Afghanistan opener has the pedigree to do well at the top and put opposition bowlers at bay. The dashing top-order batter promises substance with his range of hitting. In 31 T20Is, he has 939 runs for the Afghans and is nearing the 1,000-run mark. Zazai has a strike rate of 140 and can play the big shots and give his side the desired start. 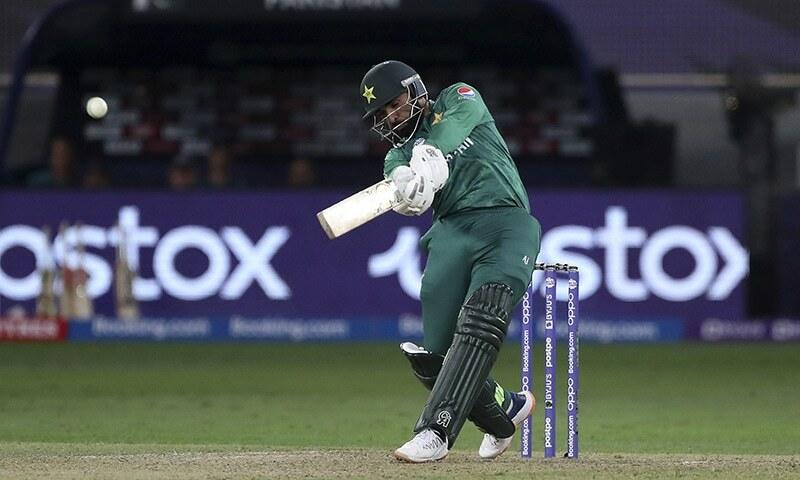 Asif Ali (Pakistan): Power-hitting middle-order hitter Asif Ali was chosen for the Pakistani team in 2018. Asif, however, has been in and out of the team over the past four years for a variety of reasons, but he managed to get into the T20 World Cup last year and performed the finisher’s job almost perfectly.

In the group match against Afghanistan in last year’s T20 World Cup, he had his greatest innings, capping it off with four sixes. With his sights set on earning a spot in this year’s T20 World Cup, the powerful batter would now like to take on middle-order duties in the same fixture that made him an overnight batting sensation in his country.

By looking at both squads, Pakistan has a more balanced unit with a decent depth in the batting as well as a bowling unit. In-formed opener Mohammad Rizwan and all-rounder Mohammad Nawaz will be the players to watch out for against Afghanistan which may easily tackle the challenge of Afghanistan’s bowling unit.