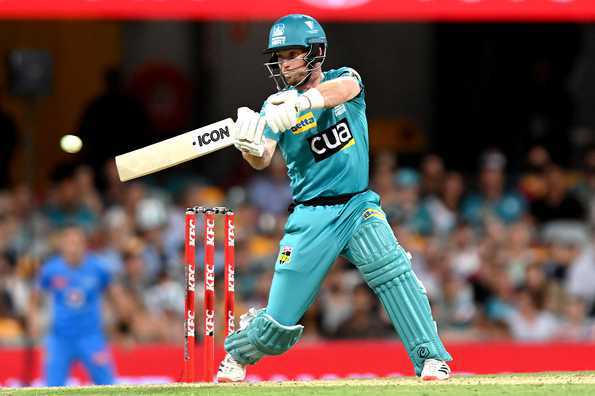 Adelaide Strikers trumped Brisbane Heat by two runs in the Match No 13 of the ongoing Big Bash League (BBL) 2020-21 tournament played at the Gabba, in Brisbane, on Wednesday. After setting a target of 151, the Adelaide Strikers restricted the Brisbane Heat to 148/9 in their 20 overs with Danny Briggs claiming 3/20 while Peter Siddle and Rashid Khan claiming two wickets each to defy a superb knock of 69 not out from Jimmy Peirson.

The victory was a boost for Adelaide Strikers as they rose to the third spot in the BBL 10 points table with 9 points in 4 matches having recorded 2 wins and as many defeats. However, the situation is looking grim for the Brisbane Heat who have lost each of the 3 matches so far and are yet to register a point while they languish at the bottom of the pool.

It was a collective performance with the bat by the Adelaide Strikers batsmen as their middle-order did well to take them to a competitive total of 150/6 in 20 overs. Opening batsman Phil Salt made 25, Matthew Renshaw contributed with 32―which was the highest of the innings―Jonathan Wells made the second-highest 31 while the likes of Matthew Short and Harry Nielsen and contributed with 12 and 28 respectively.

Xavier Bartlett was the pick among the bowlers for the Brisbane Heat side as he returned with figures of 4-0-24-3, whereas Mark Steketee claimed 2/30 off his four overs and Jack Wildermuth took 1/25.

The chase was a tricky one for the Brisbane Heat side who have been struggling for momentum. The Heat kept on losing wickets at regular intervals which hampered their chase in the key contest.

The start was a poor one for the Heat as they lost their opening batsman Sam Heazlett for a duck, caught at backward point off Daniel Worrall, and No 3 Simon Milenko for 1, caught by Matthew Short off Briggs at mid off.

The next to go was Max Bryant for 12, who fell to the Afghanistan spin sensation Rashid Khan, caught behind by Nielsen. The Brisbane Heat batsmen continued to disappoint as none of them could get going, with Dan Lawrence being the next victim for Rashid. The ace spinner had him caught by Briggs for 13 when he was looking for a big stroke towards midwicket, but ended up top-edging it to be caught at short third man.

The procession continued for the Heat as Wildermuth was the next to go, caught by Short who was placed at deep midwicket off Wes Agar in the ninth over of the innings.  Tom Cooper too followed Wildermuth into the hut as he was  trapped in front of the wickets by Briggs which left the Brisbane Heat reeling at 58/6 in 11.2 overs.

However, Peirson waged a lone battle from the other end as he finished with 69 not out off 36 balls, clobbering 7 fours and 2 sixes on the way. The Brisbane Heat found absolutely no support from the other batsmen as the tailenders in Steketee (3), Bartlett (0), Mujeeb ur Rahman (18) and Ben Laughlin (6) could not provide enough resistance.