5 Crucial Players for India Women for the T20I tri-series

India will feature in a women’s T20I tri-series, involving hosts South Africa and the West Indies from January 19 to February 2, as part of the three teams’ preparation for the 2023 T20 World Cup, which will be hosted in the African nation.

All the matches of the tri-series will be held at the Buffalo Park Cricket Stadium in East London. West Indies are the 2016 T20 world champions, while India finished runners-up in the 2020 edition of the women’s event.

All the teams will play two T20I matches against each other in a battle for a place in the final, before they switch their focus to the World Cup, to be held from February 10 to 26 in Cape Town, Paarl and Gqeberha.

The young Indian all-rounder will be looking to showcase her talent in South Africa and show just how far she has come since making her T20I debut for India on the tour here in the same country in 2018.

She has played 40 T20I matches for India so far and scored 256 runs at a mammoth strike rate of 126 and has also taken 26 wickets. Her ability to hit big shots and provide the finishing touch will be crucial to the side when they need quick runs.

She will be eager to prove her worth with the bat and ball. Having already been accustomed to major tournaments, the talented all-rounder will be eager to contribute and help India go a long way in the competition.

Right-arm off-break bowler Deepti Sharma is a vital cog in the Indian team setup. Back in 2017, Deepti Sharma made a name for herself when she scalped 12 wickets at the Women’s World Cup in England, ending up as the fifth-highest wicket-taker in the tournament overall and the most by an Indian in that edition.

Much recently in the Asia Cup, Deepti bowled brilliantly under different match situations, even bowling a few slog-overs on a few occasions. She ended up with 13 wickets during the tournament to top the wicket-taking charts in the competition.

She can be handy with the bat as well, as she has shown on a few occasions, including her innings of 15-ball 36 against Australia in the game India won while also registering another scintillating innings of 53 runs off 34 balls in the series finale. She’s had quite a decent run over the last 12 months in T20s, scoring 370 runs from 19 innings at an average of 37, whilst taking 29 wickets at an economy of 6.1. 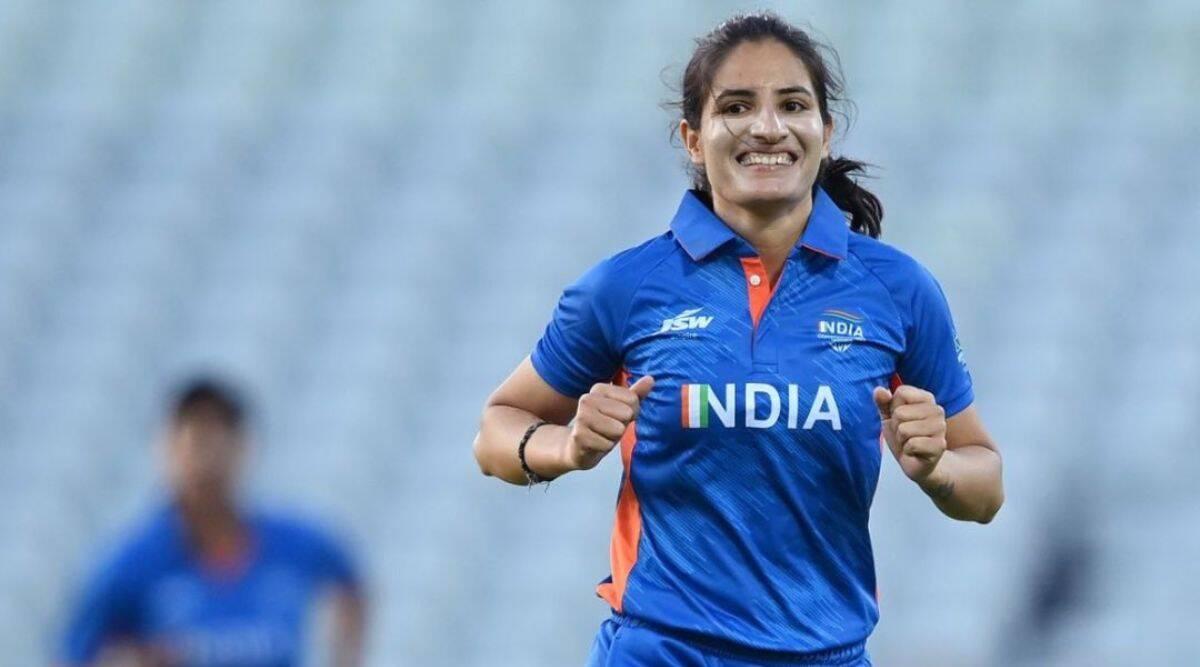 Renuka Thakur has been exceptional for India in the year 2022

To say that she had a memorable year would be an understatement. Renuka Singh Thakur has been nothing short of a revelation and 2022 is a testament to what a phenomenal talent she is. Scalping a total of 40 wickets across 29 matches last year, she has been fantastic and has really been the reason for India’s consistent performances.

What makes her stand apart from the rest is her ability to swing the ball at will and extract deviation from the surface making her dependable and has firmly etched her name as one of the finest proponents of swing bowling.

Currently ranked 6th in the WT20Is ranking and 33rd in the WODIs rankings, she has also been nominated for the ICC Women’s Emerging Cricketer of the Year Award 2022 deservingly.

India’s pace bowling stocks for the past few decades or so have relied massively on Jhulan Goswami so post her retirement there were concerns about who could take over and spearhead the attack but with the presence of Renuka Singh Thakur to the attack, the bowling certainly wears a different and strong look.

She adds a lot of teeth to the bowling as visible in her bowling performance in the Commonwealth Games where she ended up as the leading wicket-taker shining with a spell versus Australia in the finals that almost broke Australia’s resolve while chasing 154. Even the Asia Cup performance is among the unmatched and unforgettable performances that give hope in the coming years of her bristling potential.

Harmanpreet Kaur will be leading the side in this year’s edition and hoping to bring glory for the country. She has played 124 T20I matches (105 innings) and scored 2831 runs. Her ability to hit big sixes makes her a dangerous batter to bowl to. As a part-time bowler, she is also incredibly effective and provides an all-round threat to the opposition as is evident from her 32 wickets at an economy of just 6.3.

In 2022, Kaur played 22 matches (7 innings) and picked up 2 wickets at an economy of 7.15. She was also the third leading run-getter for India with 524 runs (20 innings) with two half-centuries. If the wickets fall early, the Indian team will be relying on her to play a captain’s knock and help the side win. She will also be key as both a part-time spinner and a captain. 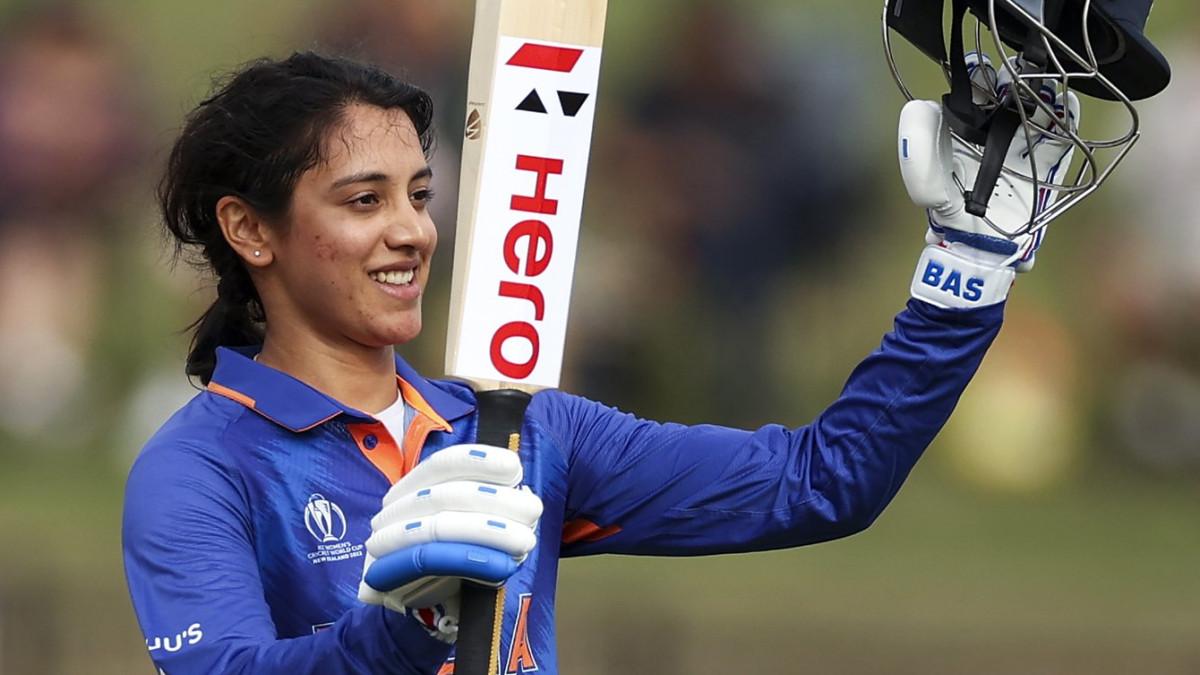 She may be just 26 years old, but Smriti Mandhana has already achieved several feats in her 10-year international career so far. She has won the Rachael Heyhoe-Flint trophy twice, once in 2018 and another in 2021, joining Australia’s Ellyse Perry as the only other cricketer to win the award more than once.

The Mumbai-born batter has 19 T20I fifties to her name, with one of them coming on the pitches of South Africa, so she’s surely the best bet to bring her international experience to the fore. Mandhana has an impressive average of 27.3 while opening the batting for India in T20Is, having scored 2565 runs from 103 innings.

The Indian team endured a disappointing outing during the recent five-game T20I series against Australia as part of the build-up for the World Cup, but Mandhana stepped up in the second game, amassing 79 runs to help the Women in Blue grab a consolation win in the series.

Her ability to play both the pace bowlers and spinners well makes her one of the best batters in the world. The Indian team will be relying on her to provide a good start along with Mandhana to give the middle order a chance to build on a big total. Mandhana is a vital cog in India’s arsenal and India will have high hopes from Mandhana to help them build a strong platform at the top to set up/chase big totals on the big stage.