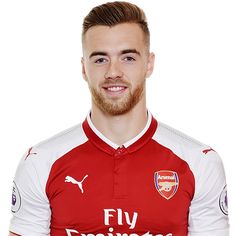 Calum Chambers was born on 20 January 1995. He is an English professional footballer who plays centre-back or right back roles for Premier League club Arsenal and the England national team as well. Anthropometric data: height – 6 ft 0 in (1.82 m), weight – 145 lbs (66 kg).

Originally a member of Southampton’s academy system, Chambers was promoted to the first team at the beginning of the 2012–13 campaign. After two seasons with the club, he moved to fellow Premier League club Arsenal for about €20m fee. Then he went on loan to Middlesbrough FC, then 1 season in Arsenal and again loan to Fulham FC. In the last loan he showed decent perfomance and became the best player of the team for that season.

Unluckily injuries met Calum terribly dramatically as soon as he got into good shape. And for the season 20-21 he is still recovering from previous injury.