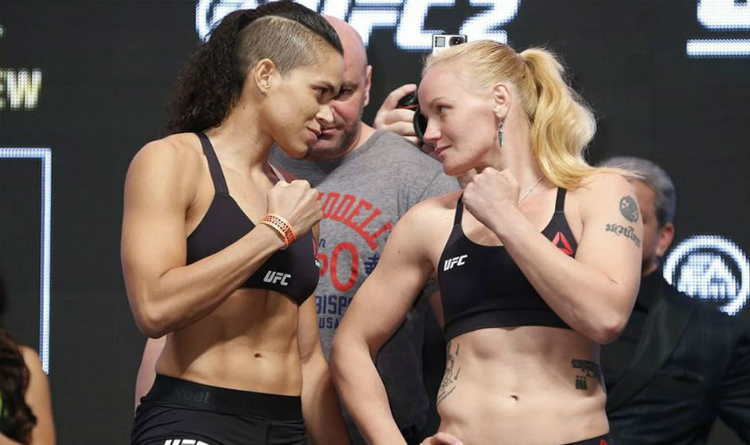 Shevchenko vs Nunes trilogy is on the cards

In a recent interview, Shevchenko called out Nunes to fight at 125-pound. Valentina believes that the third bout against Amanda makes sense because of her controversial loss in their rematch. According to Bullet, the judges scored the contest in favor of The Lioness solely due to a takedown she performed in the fifth round. Valentina is sure that she has won that clash and wants to prove her superiority.

Nunes is the only UFC athlete who managed to defeat Shevchenko. They met inside the octagon for the first time in 2016 and The Lioness won by unanimous decision. Their second showdown in 2017 was very close, but Valentina lost by split decision. Bullet noted that Amanda was heavier, which gave her an advantage in grappling. Therefore, Valentina offers The Lioness to go down to flyweight for a potential trilogy. However, it is not yet clear if Amanda agrees to cut so much weight.

Shevchenko amassed a record of 19-3 and has a 5-fight winning streak. She earned the vacant UFC flyweight in 2018 and defended the title three times. Nunes was victorious in 20 of 24 bouts. Amanda won the UFC bantamweight title in 2016 and the featherweight belt – in 2018. She has not lost since 2014, defended the belts six times and proved to be the most dominating female fighter in UFC history. Amanda heads the women’s P4P rating, while Shevchenko is ranked third. Thus, the winner of their contest will certainly get the GOAT crown.