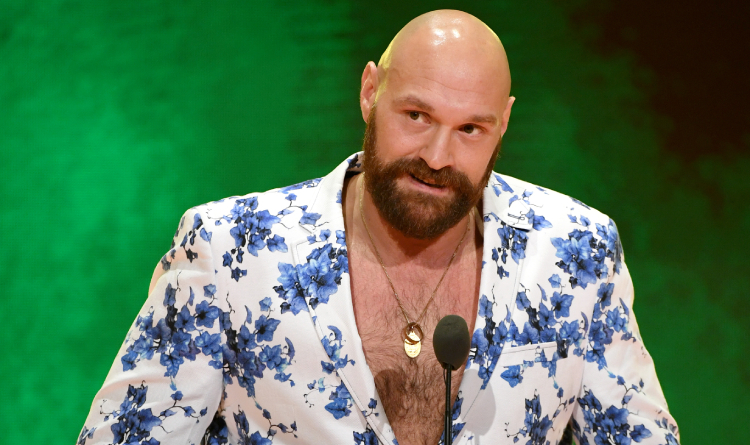 Fury at a press-conference

Francis knocked out Stipe Miocic at UFC 260 on March 27 and won the belt. Following the victory, he appeared on “Hotboxin’ with Mike Tyson” podcast. The Predator talked about his mixed martial arts career and discussed potential bouts against Derrick Lewis and Jon Jones.

Fury reacted to the webcast, stating that he was going to overpower Ngannou after his clash against Anthony Joshua. Gypsy King believes that Francis is no match for him. Consequently, Tyson called the fight an “easy work”.

Tyson and Joshua have already signed contracts for 2 showdowns; however, the date of the unification clash has not been officially announced. The boxers are expected to cross swords in July, while a rematch is reportedly scheduled in November or December. Anthony currently holds 4 belts: the WBA, IBF, WBO and IBO.

Fury failed to specify whether he wanted to take on Ngannou in a boxing or MMA match. The Predator previously expressed his desire to face Gypsy King in the boxing ring, whereas Fury trained in MMA with UFC contestant Darren Till and hinted at his possible transitioning to mixed martial arts. Francis is the hardest hitting athlete ever tested in the UFC Performance Institute. Courtesy of his power, Ngannou earned the nickname “The Scariest man on the Earth”. Nevertheless, Fury also has gunpowder in his hands, as his knockout rate stands at 70%.