The Miz and Lana get WWE RAW trending on social media 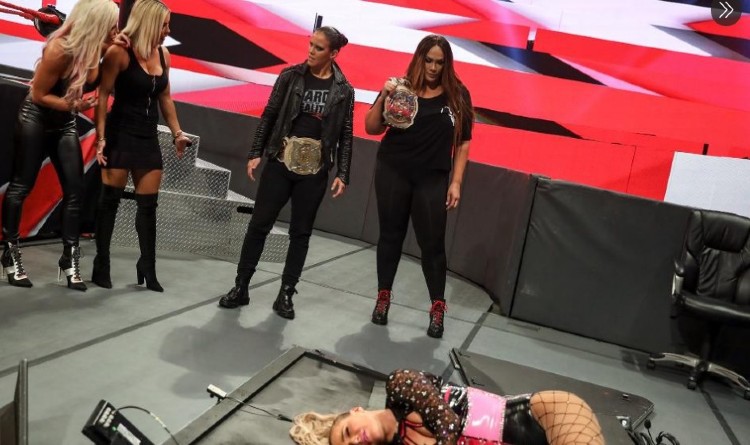 The Miz and Lana are responsible for getting WWE RAW trending on social media – Twitter earlier today due to the massive “impact” they created. The Miz almost became the WWE champion on RAW, and Lana got put through the announce table for the seventh week in a row.

As soon as these segments took place, WWE RAW was trending on twitter at the second position. Firstly, WWE champion Randy Orton was taken down by former champion Drew McIntyre in the ring after The Fiend’s theme started playing. This segment was Orton’s that was interrupted by Alexa Bliss who also showcased her transformation into a potential sinister character in tandem with The Fiend Bray Wyatt.

As soon as McIntyre hit the Claymore kick, The Miz and John Morsisson ran down and the former tried cashing in to become a 2-time WWE champion and get back to deja vu as he cashed in Money in the Bank on Orton way back in 2010 to win his first WWE title. However, McIntyre ensured that The Miz did not cash in. However, this segment got huge hits online from across the world and some netizens even expressed their support for The Miz as the new WWE champion. This potential shock got WWE RAW trending on Twitter.

Then, Lana was trapped again by Nia Jax who put her through the announce table for the seventh straight week in a row. For this segment, netizens expressed sympathy and empathy as Lana even saw her Survivor Series 2020 spot vanishing in thin air. This sement received sympathies as well as positive votes from fans online across the world. Therefore, WWE RAW was trending today for a long time. Hence, more such moments and segments could well be in the making next week.