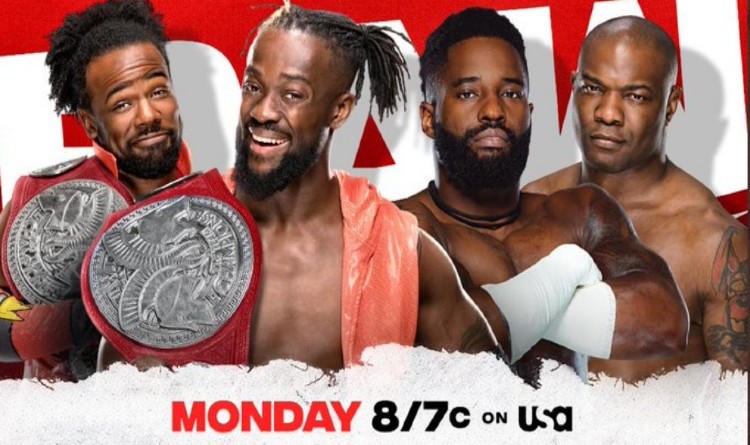 The Hurt Business are all set to get some reward for their efforts over the past month, in the form of a tag team championship match against champions The New Day. This match has been announced for Monday Night RAW next week. The Hurt Business would be represented by Shelton Benjamin and Cedric Alexander.

Here, The Hurt Business have had impressive showings – both at the individual level as well as a team. Their exploits over Retribution have earned them brownie points. Now, with them looking well oiled as a team, a victory over The New Day and their tag team titles should be in the potential offing. It makes sense for The Hurt Business to win these titles and get the recognition that they deserve.

With the exception of Alexander, all members of The Hurt Business are wrestling veterans having held major championships between them.

At this juncture, The New Day after being separated from Big E still miss them – as evident from their body language over the past weeks. This could prove to be a weak link and a potential area of exploitation for The Hurt Business.

This week on RAW, The New Day teamed with Drew McIntyre to take on the team of WWE champion Randy Orton with The Miz, and John Morission. Though the New Day and McIntyre managed to win, Big E’s presence was missed by the tag team champions.

As far as The Hurt Business are concerned, their team now looks strong and is a mix of competitors from diverse wrestling backgrounds. With an impressive RESUME laden with experience, Shelton Benjamin and Cedric Alexander deserve the tag titles on RAW more than any other team. The New Day is already an accomplished and legendary tag team. Hence, they deserve to put over some guys, now.