The fallen get one more chance at qualifying for Survivor Series 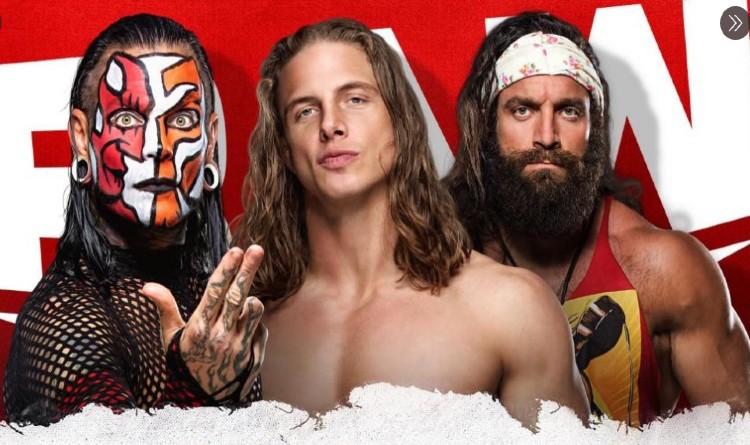 All the fallen on WWE RAW now have a chance at qualifying for the Survivor Series men’s team to represent the red brand. The fallen, here, are Jeff Hardy, Elias, and Matt Riddle; all of who tasted defeat at the hands of different opponents.

Tonight’s Monday Night RAW will see these superstars in a triple-threat match to fill the final spot on the men’s Survivor Series team. At this juncture, even Drew McIntyre is rumoured to be the final representative of the red brand. McIntyre also received support from already qualified superstars viz Sheamus, and Braun Strowman.

However, with Hardy – Elias- Riddle having a formal match to see if they qualify for the final spot, McIntyre’s participation in the Survivor Series match seems unlikely for now. Nonetheless, surprises cannot be ruled out.

The RAW Survivor Series team is led by self-appointed captain AJ Styles who also teased forming an emotional bond with his teammates. As far as the fifth spot is concerned, we think that Hardy or Riddle would make the perfect team member in case McIntyre is out of WWE Creative’s plans for the Survivor Series.

Hardy is a veteran, and Riddle with his extraordinary exploits in WWE NXT is the perfect icing on the cake. Elias, for now, seems like a repetitive act and his segments are not captivating. Considering the performance factor, Hardy and Riddle have showcased their extraordinary in-ring exploits multiple times. Elias is not a fast mover, and an event like Survivor Series needs fast movers.Hence, Hardy/Riddle/McIntyre is a perfect choice.