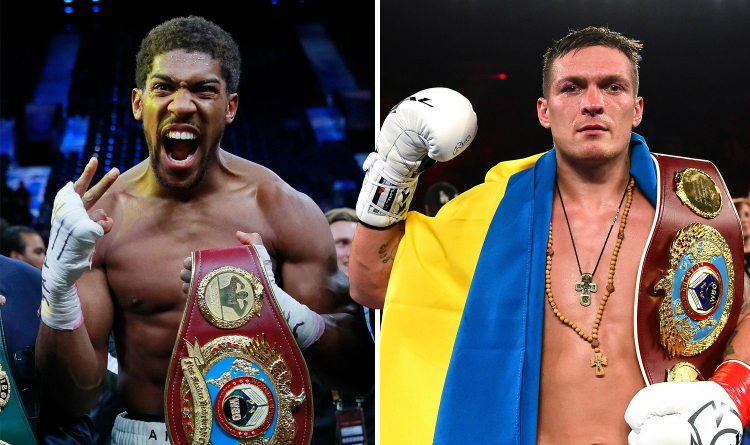 After the victory over Derek Chisora, Ukrainian boxer Oleksandr Usyk revealed his plan to clean out the heavyweight division. He is looking forward to facing Anthony Joshua and Tyson Fury.

Carl Froch is making a deathtrap for The Cat

Usyk is an undisputed WBO champion at cruiserweight and has beaten Chisora at heavyweight. Therefore, he is a mandatory challenger in the over 200-pound division. If unified WBA, IBF and WBO champion Anthony Joshua defeats Kubrat Pulev on December 12, he will have to defend the belts against Oleksandr. However, Joshua wants to take on WBC title holder Tyson Fury in 2021 and ignores Usyk’s challenge.

The Cat gives Anthony 2 options: to face him or to vacate the WBO title and to take on Fury instead. Oleksandr’s promoter Alex Krassyuk stated that Usyk was ready to go for AJ’s gold and wanted to become the third boxer to hold belts at cruiserweight and heavyweight. He believes that it is just a matter of time before their bout takes place. Nevertheless, director of Matchroom Sport Eddie Hearn claims that the WBO will decide whom Joshua fights next. In his opinion, AJ vs Fury makes more sense because it is going to be a contest for the undisputed title.

Former super middleweight champion Carl Froch is sure that Joshua will beat Usyk in case they meet in the ring. He is not impressed with the Ukrainian victory over Chisora. In his point of view, Oleksandr lands fewer significant strikes and has no chance to withstand AJ’s pace and pressure. Froch said that Joshua had already studied Usyk’s style, his strengths and weaknesses. However, Carl advised AJ to talk to The Cat’s former opponents to make a game plan on how to defeat him.