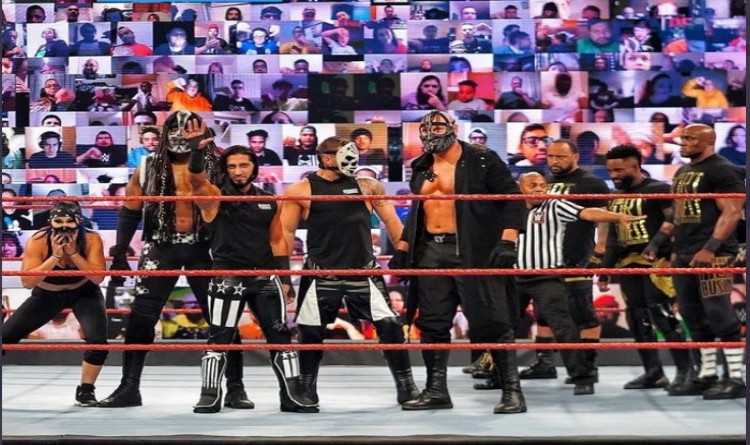 Mustafa Ali of Retribution has teased a major tweak in the way the faction has progressed so far. He stated that there would be a “turning of tables” on tonight’s Monday Night RAW.

Ali also said that he wanted people to have “no faith” in Retribution and thereby continue ignoring the potential of the faction. This is also teased as an advantage for the group to seemingly do extraordinary things, despite being ridiculed as losers. Ali’s statement, on social media, seemingly indicates a change of wind for Retribution’s fortunes who have suffered consecutive losses ever since their debut with the exception being a contout victory last week.

Retribution’s booking could also now change, as indicated by Ali. They could now be booked to win matches and also go after major titles. Retribution could also be feuding with The New Day for the WWE Raw Tag Team Championships in the near future. This could be a perfect way to book Retribution as they debuted strongly in WWE by destroying major superstars in the ring. In this regard, check out Ali’s statement regarding a potential turnaround in Retribution’s fortunes, beginning this week on RAW:

Of late, Retribution have been feuding with The Hurt Business who have picked up major victories over the members of the faction. On last week’s RAW, even The Fiend laid waste to Retribution members including Ali who also revealed himself to be the mystery hacker having troubled major superstars on Smackdown.

Hence, the latest statement by Ali is significant. If this turns out to be true, then Retribution could soon be viewed as a major heel faction in the industry joining the likes of The New World Order (NWO), The Hart Dynasty, Evolution, and The Shield. Finally, with this apparent “warning” by Ali, The Hurt Business could also come under some losses, starting from this week, inflicted upon them by Retribution as revenge.