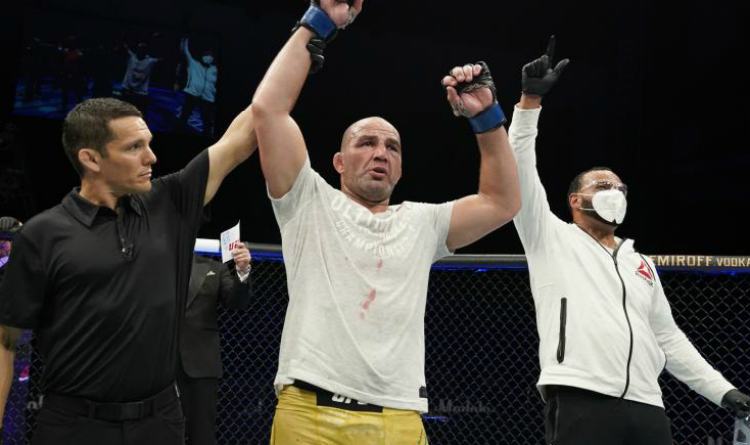 Thiago scored a knock down in the first round and landed several heavy shots on the canvas. However, Glover got back on his feet, performed a takedown and threw a storm of punches and elbows. As a result, Teixeira outstruck his opponent almost 2 times (77 versus 40 of total shots).

In the second heat, Teixeira took his rival to the ground and continued beating him up. In the end of the round, Glover made a rear-naked choke attempt but the horn saved Thiago. Santos landed only 3 significant strikes, while Glover hit the target 22 times.

In the third round, Santos picked up the pace at last and dropped Teixeira with a hook. Thiago showed great ground-and-pound skills smashing the face of his opponent with big shots. However, cunning BJJ artist Glover quickly reversed position, sunk in a tight rear-naked choke and submitted Thiago at 1:49.

Following his victory, Teixeira asked UFC to give him a title shot against Jan Blachowicz. When the rankings are updated, Glover will take Thiago’s first place at light heavyweight and become the main challenger. Teixeira is riding on a 5-fight winning streak. In the period of 2019-2020, he gained 3 victories by submission and received 2 bonuses for the best performance. Thus, Teixeira definitely deserves taking on Blachowicz. Nevertheless, middleweight champion Israel Adesanya recently revealed his plan to face Jan in 2021. If The Last Stylebender goes for the second gold, Glover will have to wait for his chance to get the belt.