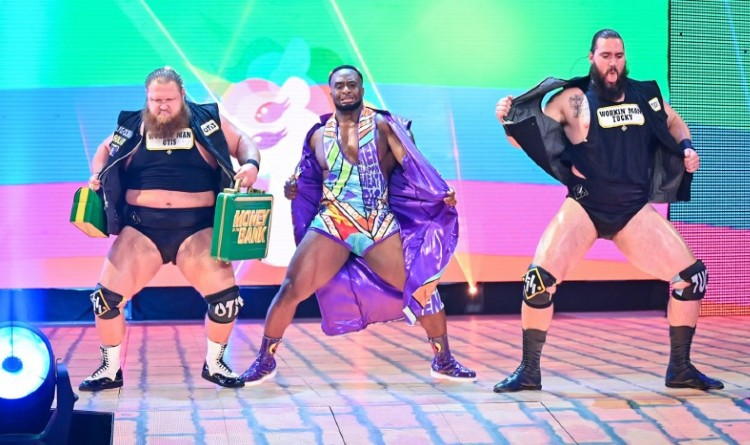 Former Money in the Bank winner Otis lost on Friday Night Smackdown to Seth Rollins in a Survivor Series qualifying match to lose out on a spot on the men’s team. Otis also lost his Money in the Bank briefcase to The Miz, last week.

Now, Otis deserved to win and find himself a spot on the Survivor Series men’s team as he had been on a roll since winning the briefcase at Money in the Bank. He notched up impressive victories earlier on RAW. Sadly, Otis was far away from cashing in the contract he had won; he even lost it now. WWE Creative should have at least let him tease cashing in the contract.

This makes for a lacklustre storyline that is now aggravated with his latest defeat to Rollins. Had Otis qualified, this would have been an opportunity to showcase his immense wrestling talent to the WWE Universe. However, Otis has been reduced to a comical act and his angle with Mandy Rose wasn’t tasteful by any means.

As part of Heavy Machinery, Otis looked solid and even won the tag team championships on multiple occasions. After his betrayal by Tucker at Hell in a Cell, Otis seems to have lost the notice of WWE Creative; a spot on the men’s Survivor Series team would definitely have done him a world of good. Otis defeating Rollins or atleast a countout victory would have held him in good stead.

In related news, Rollins and his angle with the Mysterio family – Murphy continued this week on Smackdown. This is also meaningless and dragging on. Time to give the WWE veteran Rey Mysterio a good last run; a major championship would definitely look good again on the Ultimate Underdog.