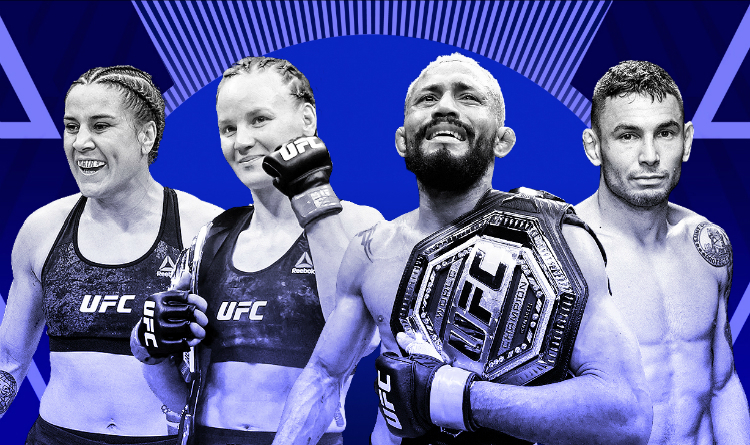 Figueiredo faced Alex Perez, who was ranked fourth at flyweight. At the beginning of the opening round, Alex landed 6 significant strikes and brought the fight to the canvas, but Deiveson caught him in a tight guillotine choke. Perez failed to defend it and tapped at 01:57. As a result, God of War retained the belt and tied Demetrious Johnson for most finishes in the UFC flyweight division – 7.

Valentina took on Brazilian martial artist Jennifer Maia. Shevchenko controlled her opponent on the ground throughout the first heat, landing some elbows and punches. In the second round, both ladies performed a takedown but quickly scrambled back up to their feet. Maia looked strong in clinch situations, however, she landed 29% fewer shots. In the third heat, Bullet outnumbered her rival’s total strikes almost 2 to 1. Jennifer absorbed 30 blows and was taken down twice. Valentina dominated in the championship rounds, leaving Maia no chances of victory. Therefore, all 3 judges scored the contest 49-46 in favor of Shevchenko.

Valentina’s sister Antonina Shevchenko knocked out Ariane Lipski in the second round and received a check for $50,000. American middleweight Joaquin Buckley defeated Jordan Wright by KO and got a bonus for the best performance as well. Buckley got famous after knocking out Impa Kasanganay with a spinning back kick in October. The 26-year-old prospect scored the second impressive finish in the UFC and challenged James Krause during a post-fight interview.