Blaydes vs. Lewis: will Razor cut The Black Beast? 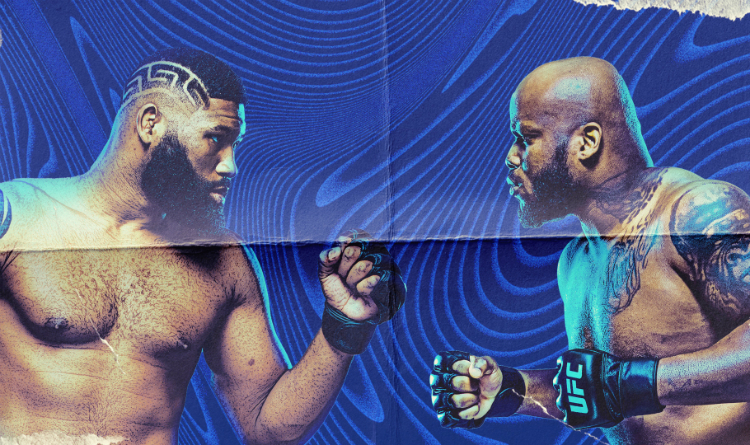 Heavyweights Curtis Blaydes and Derrick Lewis are set to headline UFC on ESPN 18 on November 28 in Las Vegas. Will Razor cut The Black Beast?

Blaydes started his professional MMA career in 2014 and amassed a record of 14-2, 1 no contest. Razor transitioned to the UFC in 2016 after winning 5 clashes in a row. In a debut bout in the promotion, Curtis faced Francis Ngannou and lost by TKO. However, he gained victories in 6 following contests, one of which was overturned after he had tested positive for cannabis. A rematch against Ngannou in 2018 resulted in Blaydes’ loss by TKO. In 2019-2020, Curtis beat 4 opponents and took second place in the list of the best heavyweights.

Lewis began competing as a pro in 2010. His record stands at 24-7, 1 no contest. The Black Beast earned the Legacy FC title in 2012, defended the belt in 2013 and signed with the UFC. In 2014-2018, Derrick won 12 of 15 showdowns. He got a title shot against Daniel Cormier in 2018 but lost by submission. Then, he was knocked out by Junior dos Santos. Nevertheless, Lewis cut off 2-fight losing streak and beat 3 last rivals. Derrick is currently ranked fourth at heavyweight. 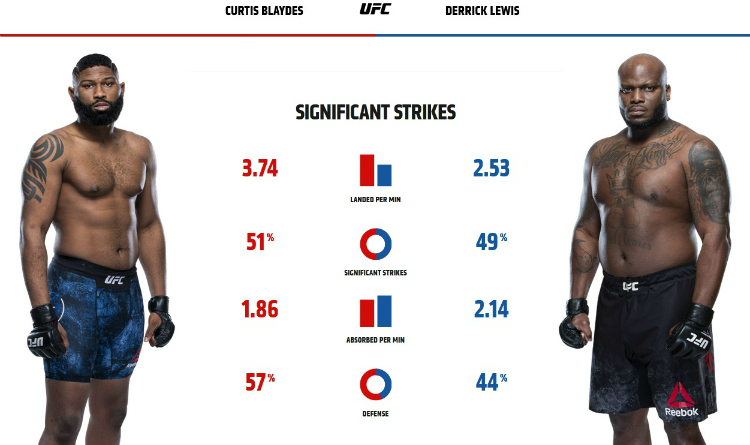 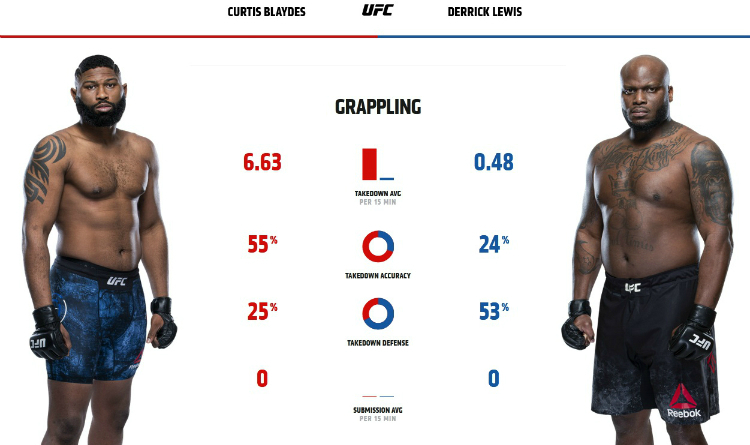 Lewis has been training in boxing for 18 years, while Blaydes has never coached in striking martial arts. Nevertheless, Curtis has an advantage on the feet. He is more accurate and absorbs fewer blows. Both athletes are evenly matched in terms of strike power: Blaydes knockout rate is 77%, Lewis’ – 78%.

Razor is an outstanding grappler. He participated in NJCAA Wrestling tournaments and amassed a record of 95-18. The Black Beast, on the contrary, has not gone in for grappling. Therefore, Blaydes heavily outnumbers Lewis’ takedowns. The contestants earned blue belts in BJJ; thus, none has an edge on the ground, at least on paper. The fighters focus on ground-and-pound instead of chokes and locks. Lewis won only 1 clash by submission back in 2010.

Curtis outperforms his rival on the feet and has a huge lead in grappling. Derrick’s takedown defense is solid, but Razor successfully finishes 55% of attempts. Consequently, Curtis will definitely bring the fight to the ground if he wants to. Given these factors, Blaydes has a greater chance to win the bout. Razor has never submitted anyone and scored 10 finishes. Derrick suffered 57% of defeats by knockout. Thus, Curtis is supposed to beat Lewis by KO. Razor’s average fight time is 9:15, Derrick’s – 9:55. Therefore, the contest will unlikely reach the third round.