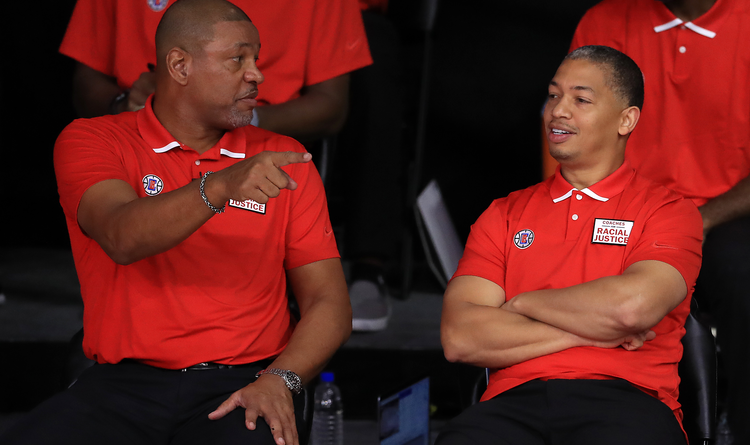 Tyronn Lue, who was recently hired by the Los Angeles Clippers as their new head coach, is improving the coaching staff. Chauncey Billups and Larry Drew are finalizing deals and will join the Clippers as assistant coaches. Three professionals working together are expected to lead the Clippers as close as possible to the NBA Finals.

As the Los Angeles Clippers were facing unsatisfactory results and some problems with relationships between the team members during the previous season, the coaching staff changes began. Former head coach Doc Rivers was fired, Tyronn Lue replaced him, getting a 5-year contract for $35 million. Two basketball professionals are about to join Lue, as announced by ESPN’s Adrian Wojnarowski:

Chauncey Billups, also known as Mr. Big Shot, is a professional NBA player with 17 seasons of experience and the NBA Finals MVP award. Being a member of 7 teams during his long career is expected to become more than enough to work with the Clippers’ rooster under Lue’s guidance.

Larry Drew is not as young as Lue and Billups, he brings with him 30 years of experience, including being the head coach of the Bucks and the Hawks.

Chauncey Billups and Larry Drew are expected to support Tyronn Lue and help him lead the Clippers to the NBA Finals during the upcoming season, starting on December 22.