“There is something wrong with Kyrie Irving”: Legendary Charles Barkley about Irving’s media boycott 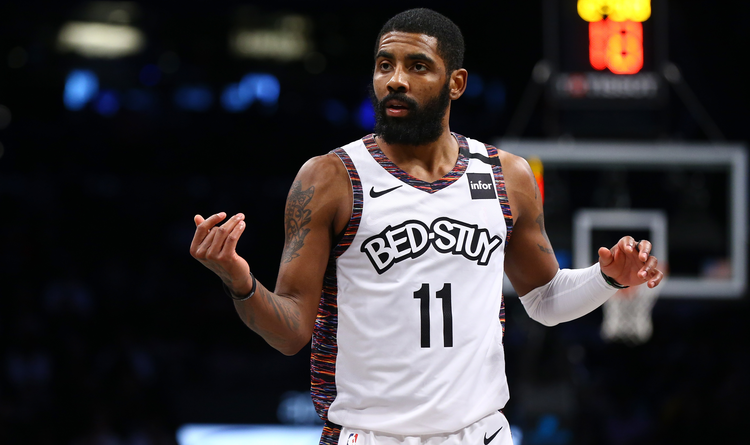 Kyrie Irving caused a scandal with his refusal to speak to the press throughout the 2020/21 NBA season. The Nets star receives a lot of criticism from fans and athletes, even NBA legend Charles Barkley said in his recent media appearance that something just wasn’t quite right with Irving.

Kyrie Irving was fined $25,000 for his refusal to speak to the media

The 2020-21 NBA season is starting on December 22 and all 30 teams make their players available to contact the reporters and answer their questions. Media Week is an important preseason event designed to build closer contact between players and fans before the start of the new season. But while the rest of the NBA athletes were talking to the media members, one of the Brooklyn Nets’ top players Kyrie Irving announced that he won’t contact the press not only during this Media Week but during the entire upcoming season. Instead of speaking to the media, Irving made a statement that he is ready to start the 2020-21 season, ready to work, compete and perform. Irving’s refusal to talk to journalists caught the attention of NBA officials and the League fined the guard and the Nets organization $25 thousand each. Even though this amount of money will not cause serious financial damage to either the player or the franchise, it just demonstrates punishment for violating league rules governing media interview access. Kyrie Irving posted his reaction to the NBA’s decision to fine him and caused a scandal. The Nets star called the media members “pawns” and said that his attention costs more. Fans and several famous athletes criticized Irving for his latest statement, among them was NBA legend Charles Barkley in his recent media appearance:

“I wish somebody would get in his ear. I do think there is something wrong with Kyrie, I truly believe that. I’m not joking right now. I don’t understand what his objective is. Yo man they’re paying you $40 million, you gotta just talk to the press.”

Even though criticism and a $25,000 fine are unlikely to change Irving’s mind, NBA fans still hope the star guard will contact the press and tell his plans for the upcoming season. Superstar players are always surrounded by interesting events and speaking to the media members is an important part of their job. Steve Nash, who is beginning his coaching career with the Brooklyn Nets, is expected to talk to Irving and possibly change his mind before the season starts on December 22.