There is chance for Lakers to defend the title 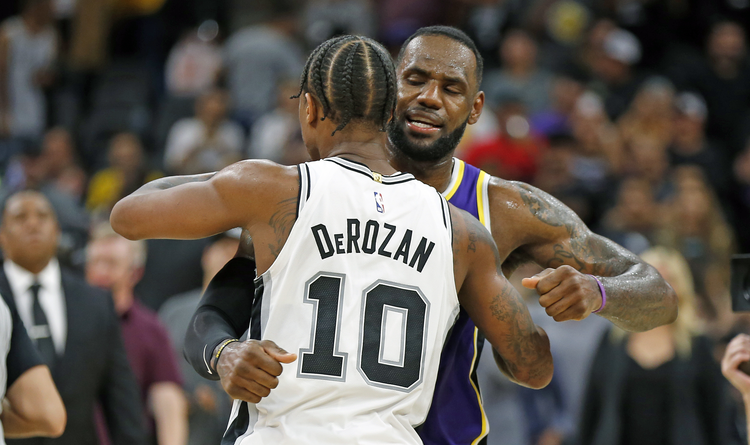 The Los Angeles Lakers, who recently became winners of the NBA 2020 Championship after beating the Miami Heat during game 6 of the Finals on October 11, will have to play much harder to keep the title for one more year. The Toronto Raptors’ ex-coach Sam Mitchell suggested a solution. The Lakers can repeat their success by signing with DeMar DeRozan.

How could DeMar DeRozan make next season easier for the Lakers?

The 2020-21 NBA season is going to begin on December 22 and will not be the easiest one for the Los Angeles Lakers. First of all, the offseason this year is the shortest in the NBA’s history, and LeBron’s teammates are going to have twice less rest than usual. Lakers guard Danny Green even assumed LeBron and other veterans might miss at least the first month of the season. Just a few months off is not enough for a full recovery that is why NBA related health officials are worried about the Lakers and Heat players.
Another challenge for the Lakers will be teams that have recovered from injuries and gained strength for the upcoming season. There are rumors about the Golden State Warriors becoming NBA 2020-21 season champions. With Stephen Curry and Klay Thompson fully recovered and playing together, the Warriors have all chances to get the title.

Former NBA player and the Toronto Raptors’ ex-coach Sam Mitchell told SiriusXM NBA Radio that there is a possibility for the LA Lakers to defend the title and become a dynasty:

“If the Lakers can get DeMar DeRozan, man, that’s a game-changer. As another couple of years for LeBron to play in LA. Because you don’t have to play LeBron 39-40 minutes a game now, if you bring DeMar DeRozan. Because AD and DeMar DeRozan can win games for you most nights.”

DeMar DeRozan is a professional player for the NBA’s San Antonio Spurs. His NBA career began in 2009 after signing with the Toronto Raptors. In 2018 he was traded to the San Antonio Spurs and was selected as a starter to the 2017 and  2018 All-star games. DeMar DeRozan’s net worth is $25 million and he has all skills the Lakers, who have been showing interest in him, might want. The only problem may be Spurs coach Greg Popovich, who is rumored to be very unhappy about the Lakers becoming stronger. He was against Kawhi Leonard, Pau Gasol and Anthony Davis trades. That is why there are quite low chances that he will help the LA Lakers to get DeMar DeRozan.

All in all, DeMar DeRozan is a sweet potential deal that might help LeBron to get more rest during the 2020-21 season. James is turning 36 soon after the beginning of the season and DeMar can support him greatly on the floor. There are rumors about the Lakers making a “big 3” for the next season and DeRozan, who has a $27.7 million player option, seems to be one of the best variants.