NBA Academy India students who got a scholarship abroad 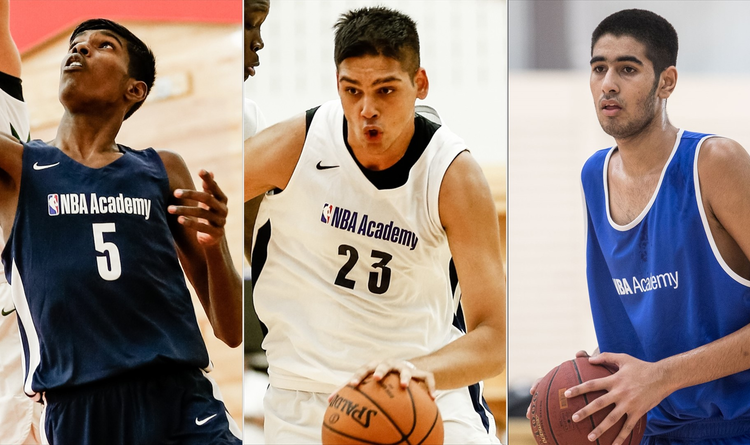 NBA Academy India is a basketball training center created in 2017 to support Indian top prospects with all facilities and equipment required to teach young athletes how to reveal their talent and find their future path in basketball.

NBA Academy Camps and Games are a wonderful opportunity to practice with layers of the same level from all over the world. Graduates become demanded and highly qualified sportsmen, the best ones study and play abroad. The NBA India recently released the lists: there are 8 female and 3 male students who received a scholarship in foreign high schools and colleges, getting incredible future opportunities. Their names are Sanjana Ramesh, Sunishka Kartik, Pranav Prince, Khushi Dongre, Asmat Taunque, Harsimran Kaur,  Jagshaanbir Singh, Siya Deodhar and Ann Mary Zachariah, Amaan Sandhu, Grishma Niranjan. 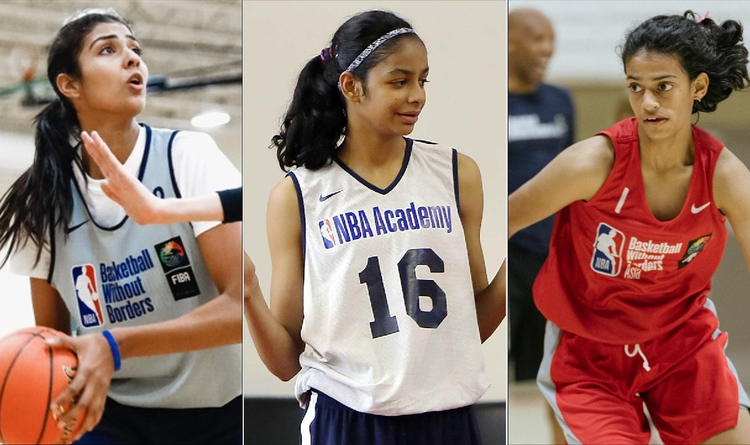 Sanjana Ramesh is the second Indian woman ever to receive a Division I Basketball Scholarship under the United States’ NCAA. She was noticed by several US colleges after becoming the Most Valuable Player at the NBA’s Basketball Without Borders Asia camp. Sanjana Ramesh signed with Northern Arizona University(NAU) and is currently studying there.

Pranav Prince and Amaan Sandhu are teammates and friends, who both grew up as athletes in the NBA Academy India. Sandhu’s incredible 3-year transformation at the Academy can be a great example for any young sportsman. Both talented players received scholarships from First Love Christian Academy.

Khushi Dongre was a star of the first two NBA Academy India Woman’s camps, winning two awards in a row and helping her team to take seventh place at FIBA 3×3 U18 Asia Cup 2019.
Khushi is currently playing for the ASA College-Miami of the NJCAA (junior NCAA) Division 1, dreaming to get to the WNBA soon.

Jagshaanbir Singh was the first Indian male basketball player to get a US scholarship. Singh is a sportsman of great size and athleticism, his potential was first seen by Golden State Prep (basketball academy in California), then by Point Park University, Pittsburgh where he is currently studying.

While playing at the national level in India, Asmat Taunque took part in two NBA Academy India Woman’s camps. She signed with The Lawrenceville School in 2019, after presenting India at the 2017 FIBA U-16 Women’s Asia Championship.

Harsimran Kaur is the third Indian female player ever to receive an NCAA Division I basketball scholarship. She received a scholarship from the University of San Diego after winning two NBA Academy India Woman’s camp awards in a row and becoming the first Indian prospect to visit NBA Global Academy at the Australian Institute of Sport (AIS) centre of excellence in Canberra.

Grishma Niranjan, the NBA Academy camp’s MVP, and ‘sharp shooter’ awardee got a scholarship from the Loomis Chaffee School(a prep school in Connecticut)

Such a large number of graduates to receive scholarships shows the rapid development of basketball in India. Young Indian prospects get recognized all over the world, soon they will join higher leagues to make Indian basketball more and more popular.