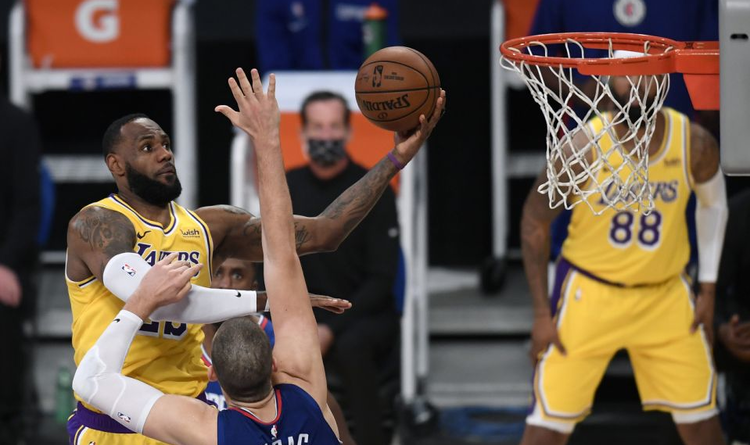 The 2020-21 NBA season pre-Christmas start was full of unexpected events: LeBron James got a mild ankle injury during his first game of the season, LaMelo Ball had a very disappointing regular-season debut with 0 points scored, and Giannis Antetokounmpo lost his chance to lead the Milwaukee Bucks to victory after missing a game-tying free throw.

Giannis is criticized on social networks for his epic fail

The shortest offseason in NBA history has passed and the long-awaited 2020-21 NBA season has finally begun, bringing with it a lot of surprises and hot news. Just a couple of days after the start on November 22 several rather important and demonstrative games have already taken place. They show what fans and experts can expect from the League’s new season and what potential changes await players who showed themselves poorly or got injured. LaMelo Ball, LeBron James, and Giannis Antetokounmpo, who appeared in the news during the offseason much more often than most other players, have made top headlines again.

James, who helped the Lakers to get the NBA title in the 2019-20 season, is often believed to be the most popular NBA player at the moment. But this time he made it into the news not because of scandals or rumors, but because of a more serious incident. The “King” got a mild ankle injury during the second match of the season when the Lakers were defeated by the Clippers 116-109. NBA health officials have already voiced their doubts about the early start of the season. Several teams like the Los Angeles Lakers and the Miami Heat didn’t have enough time to prepare for the season and a month-long rest is not enough for players(especially for veterans) to get enough rest and avoid getting injuries. LeBron himself feels good and believes that such a little injury can not stop him from leading the Lakers during the season start.

LeBron was not the only discussed player during this offseason. LaMelo Ball was with no doubt the most scandalous young prospect. He was selected by the Charlotte Hornets’ third overall pick and was expected to bring the team to a higher level but LaMelo’s NBA regular-season was just a big disappointment for everyone. Experts expected LaMelo Ball to be different from all the other prospects because of his great overseas basketball experience. After playing with professional athletes in Lithuania and Australia LaMelo is supposed to know how to behave while playing against NBA players. But despite all expectations, the preseason and regular-season debut games didn’t go well. LaMelo scored 0 points in both matches and, as reported by ESPN Stats and Info Twitter, became one of few top-3 NBA Draft picks to have such an embarrassing debut :

LaMelo seems to have a lot to work on before becoming a professional player, working on scoring and offensive skills will be his next step.

While LaMelo Ball is having scoring problems, another extremely popular NBA player managed to miss a game-tying free throw. Giannis Antetokounmpo, who is also known as the “Greek Freak” and who managed to become the Most Valuable Player for the last two years in a row, was criticized on social networks after his fail during the match against the Boston Celtics. It is difficult to say that he didn’t perform well, the superstar scored 35 points and grabbed 13 rebounds during the game but the Milwaukee Bucks lost by just 1 point and when Giannis had a great chance to save his team he missed a free throw.

All in all, the 2020-21 NBA season had a quite rough beginning full of surprising news. Hopefully, LeBron will not have any difficulties with his trauma, LaMelo Ball will improve his skills and become as good as everyone expects him to be, and Giannis will show his best during the upcoming matches to prove that he is worthy of the third MVP award.