Expert: “The NBA is now a LeBronopoly” 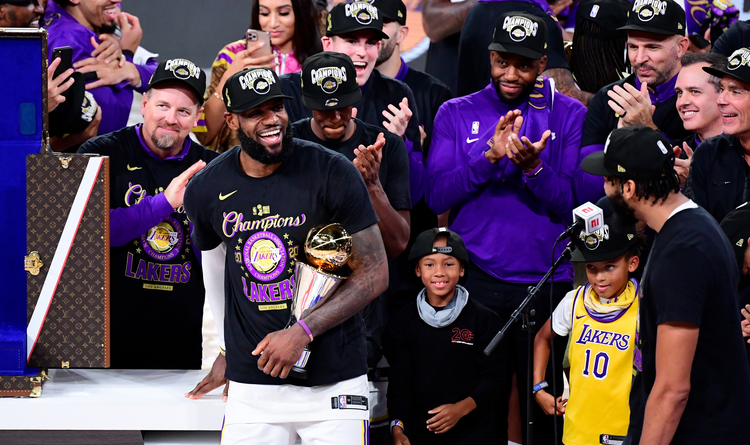 Sports analyst Skip Bayless, who is famous for criticizing every LeBron’s action, is attacking the Los Angeles Lakers for signing Montrezl Harrell. Since Harrell is working with LeBron’s agent and turned down more money from the Charlotte Hornets to join the Lakers’ roster, Bayless is accusing James of using his connections to make an unbeatable team.

It is a stunning steal for the Lakers

Skip Bayless a well-known analyst and commentator, he became famous partly due to criticizing every LeBron James’ failure. Being a huge fan of Michael Jordan, Bayless would never agree that James can be compared to MJ, he even stated that the Lakers would never win the 2019-20 NBA Championship without just being lucky and avoiding the Clippers in the Western Conference Finals. The latest reason for criticism is the Lakers’ two-year deal with the Clippers’ Montrezl Harrell, who recently became a free agent.

Harrell joined the Los Angeles Clippers in 2017 and got The National Basketball Association’s Sixth Man of the Year Award in 2020. He is believed to begin the upcoming season stronger than ever and hopefully will make everyone forget his frustrating postseason.

As free agency began on November 20, The Clippers wanted Harrell to stay, but the player made a decision to join another Los Angeles team. The Lakers offered Harrell $9.25 million for the first and $9.72 million for the second year of the deal.

The trade became a great disappointment for the Clippers and their fans, Tyronn Lue now has to replace Harrell with an equally professional player.

At the same time, Skip Bayless found it suspicious that LeBron’s agent helped Montrezl Harrell not to get the best deal, but to join LeBron’s roster for less money. Bayless shared his concerns on Twitter:

“I guess I shouldn’t be surprised. LeBron’s agency steers Montrezl Harrell to the Lakers, says his agent Rich Paul, who runs Klutch for LeBron. Trez is signing for only about $9 mil, a stunning steal for the Lakers. I guess the NBA is now a LeBronopoly.”

While Skip Bayless is attacking the Lakers for “stealing” Harrell, fans are happy with the player’s choice and expect him to shine with the help of the Lakers’ James and Davis, who are supposed to cover Harrell’s defensive weaknesses. The 2020-21 NBA season is coming soon and will show the effectiveness of the Lakers’ improved roster.