Bad news for the Lakers: LeBron and Davis both injured 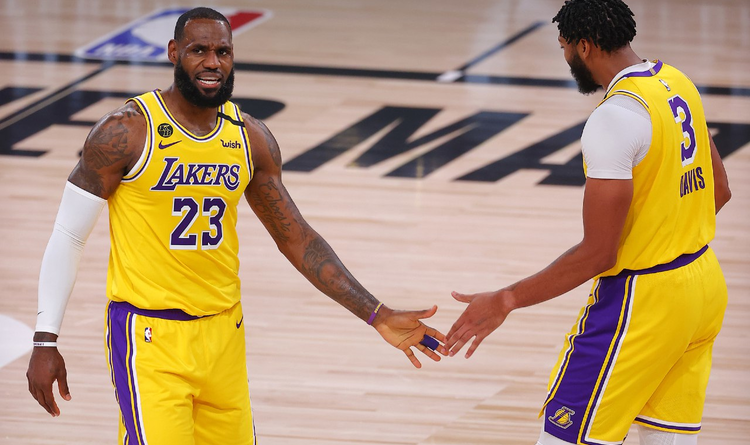 The 2020 NBA season didn’t start well for the Lakers. Their superstar duo is in a very unstable state after both LeBron James and Anthony Davis got injured during their first games of the season. Fans are worried that these traumas might influence the team’s chances to defend the title.

Both players are recovering and playing on a very high level

The 2020-21 NBA season was expected to be quite tough for the Los Angeles Lakers and some other teams. Starting to compete right after the shortest offseason in NBA history can be not only physically difficult but also dangerous. All teams are in different situations, and the offseason was the shortest for the LA Lakers and the Miami Heat, who had to join the League’s new season after just a 71-day break. Since two months is not enough to recover and begin regular preseason training, health officials around the NBA believe that reducing the standard offseason break from 141 to 71 days can be bad for players’ health. Danny Green, who played for the Lakers last season, even assumed that LeBron and some other veterans would not join the team on December 22.

However, LeBron James and Anthony Davis played for the Lakers in the team’s first games of the season, and both got injured, confirming health officials’ concerns. With James suffering from an ankle injury and Davis having an adductor strain, both superstar players were expected to miss the game against the San Antonio Spurs on January 7.  But they joined the team, scoring 23(Davis) and 28(James) points.

With both athletes performing on such a high level, the situation is not so bad. Do not forget that LeBron is a 36-year-old basketball player, and this is definitely not his worst injury. The most serious of them was his groin injury in a Christmas game against the Golden State Warriors in 2018. After that, he had to miss 17 games, and the Lakers lost their chance to get the title. That is why LeBron himself is not really worried about his mild ankle injury.

At the same time, Anthony Davis is suffering from an adductor strain, and the 27-year-old superstar was ready to face some injuries during the 2020-21 season. Davis told about it after signing the longest possible contact with the Lakers:

“That could have been a two-year, three-year deal. [But] I have to think about, also, the reality of things, too. I do have a little history with injuries, and a two-year deal, you kind of bet on yourself. … God forbid, knock on wood, something happens.”

With both players successfully recovering from their injuries, the Lakers seem to have a pretty high chance of reaching the 2021 NBA Finals and trying to defend the title, but all NBA players should be as careful as possible to avoid getting injured during this chaotic NBA season.