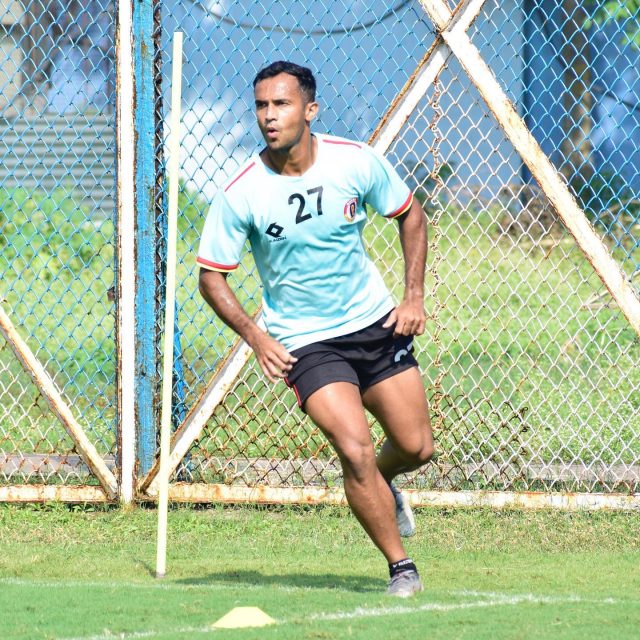 Abhishek Ambekar is an Indian footballer who currently plays as a Wing back for SC East Bengal. Ambekar made his debut for Air India FC of the I-League on 7 October 2012 coming on as a 54th-minute substitute for Ong Lepcha; Air India lost 5–1. He also lifted the I-League trophy in the 2017-18 season with Punjab FC, then known as Minerva Punjab.