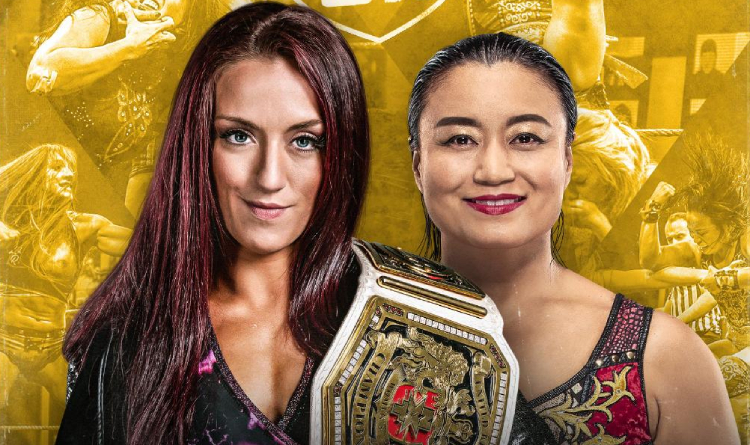 Satomura refuses to surrender and looks for revenge

Meiko opened up quickly and took a lead at the beginning of the clash. She grabbed Kay’s wrist and dropped her to the mat with a kick to the thigh. The Japanese caught the champion into the Stepover Toehold Facelock, but KLR counterattacked with a DDT and broke the grip. Satomura landed a Death Valley Bomb, which sent Lee Ray out of the ring. However, the queen had got back to the battlefield before the referee counted 10.

Satomura made another submission attempt and hit Kay with the Death Valley Driver, when she got free. KLR got back to her feet and turned the tables in her favor at last. She delivered a couple of heavy kicks, blocked Meiko’s Scorpion Rising and finished her rival with a Gory Bomb, scoring victory by pinfall at 16:46.

Lee Ray faced the toughest opponent in her wrestling career. She was victorious in a grueling clash and cemented her status as the most dominating NXT UK queen. KLR has set a record for the longest reign – 550 days. It is not yet clear who will get a title shot against Kay next, because she has already cleaned out the NXT UK women’s division.

A bitter loss failed to break Meiko’s spirit. After the fight, she posted a comment, stating that her mission of winning the gold would be completed eventually. Satomura signed with WWE in October 2020 and debuted in NXT UK on February 11. She defeated Isla Dawn in her opening bout and challenged Kay Lee Ray right away.