Whittaker vs Gastelum: will The Reaper crush Kelvin at UFC Vegas 24? 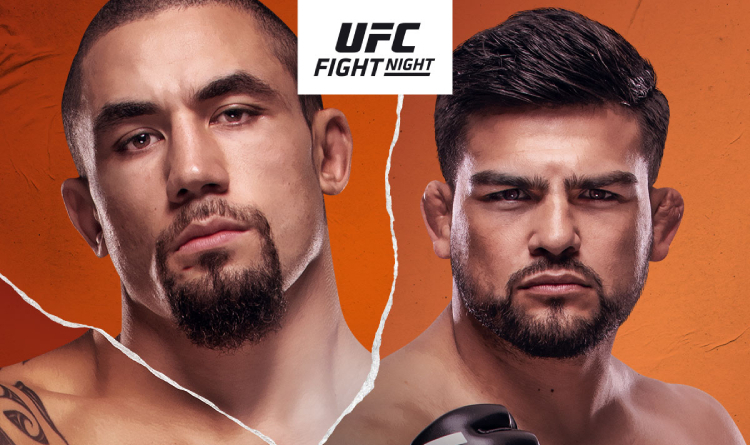 Middleweights Robert Whittaker and Kelvin Gastelum are scheduled to fight in the UFC Vegas 24 main event on April 17. Will The Reaper crash his rival?

Whittaker has been competing in MMA as a pro since 2009. His record stands at 22-5. In 2012, The Reaper won his first gold, the SFA belt, triumphed at The Ultimate Fighter: The Smashes and signed with the UFC. Robert beat Yoel Romero and captured the interim UFC title in 2017. He was promoted to the undisputed champion but failed to defend the crown against Israel Adesanya in 2019. Last year, Whittaker outpointed Darren Till and Jared Cannonier and took first place at middleweight.

Gastelum began his MMA career in 2010 and compiled a record of 16-6, 1 no contest. Kelvin scored victory at The Ultimate Fighter 17 and struck a deal with the UFC. He got his only title shot in the promotion in 2019. Kelvin took on Israel Adesanya for the interim belt but dropped a unanimous decision. Then he was defeated by Darren Till and Jack Hermansson. In February 2021, Gastelum beat Ian Heinisch and cut off a 3-fight losing streak. He is currently ranked eighth at middleweight. 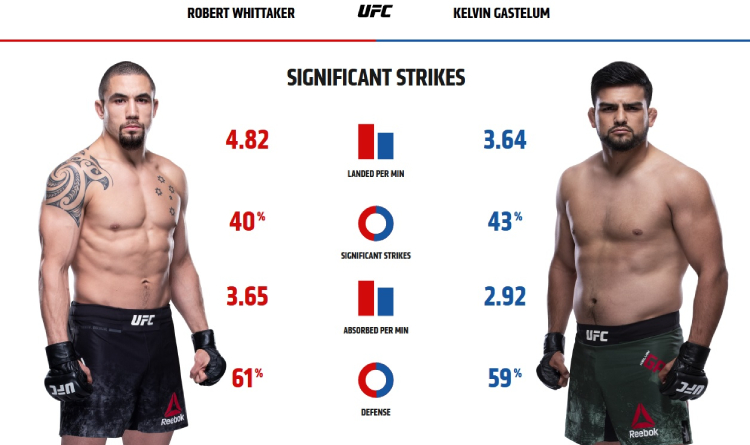 Gastelum outnumbers his rival’s takedowns almost 3 to 1. However, Whittaker has a better defence and a higher accuracy rate. 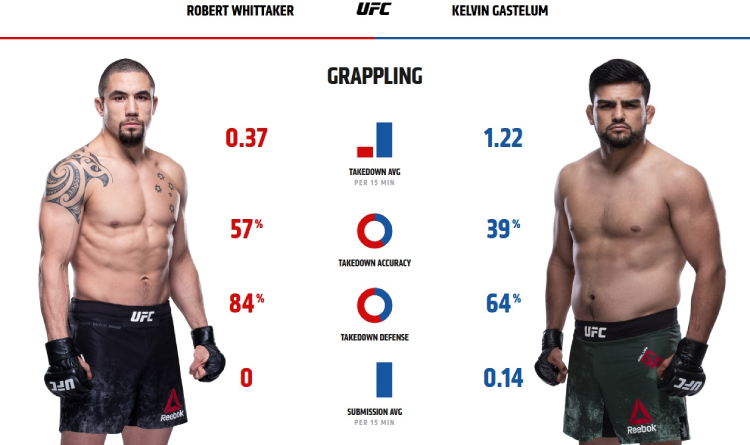 Robert got black belts in karate and hapkido, while Kelvin coached in striking martial arts only during MMA training. Furthermore, Whittaker has a crisp boxing technique and a 2-inch reach advantage. Gastelum’s defence is solid, but he lags behind in terms of offensive skills. Given these factors, The Reaper will likely outperform his opponent on the feet.

Kelvin earned a black belt in BJJ and participated in NJCAA Wrestling tournaments. Whittaker also has a black belt in BJJ; however, he never competed in grappling contests. Consequently, Gastelum is a more experienced and accomplished wrestler. Nevertheless, Robert denies 84% of takedowns, and he is hard to control on the mat. Kelvin, on the other hand, finishes only 39% of attempts to bring the fight to the canvas. Thus, Gastelum has a little chance to take full advantage of his wrestling abilities.

Considering Whittaker’s edge in striking and his impressive takedown defence, he is poised to win the clash. The Reaper’s knockout rate is 45%, but Kelvin has never lost by KO/TKO. Robert secured 23% of victories by submission, and Gastelum tapped twice. However, The Reaper’s last choke came in 2011. In UFC bouts, he preferred fighting on the feet and never went for a submission. Moreover, his expertise in grappling might not be enough to catch Kelvin in a choke or a lock. Thus, Whittaker will most probably beat Gastelum by points.