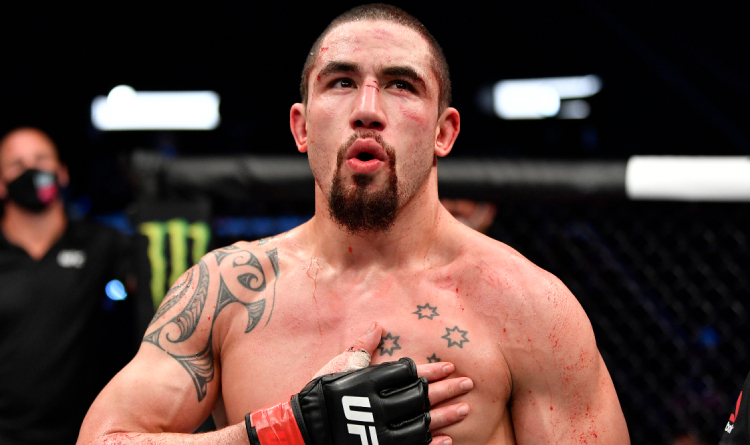 Whittaker inside the octagon

Whittaker aims at a rematch against Israel Adesanya

Robert dominated in every single round. In the opening heat, The Reaper performed a takedown, controlled Kelvin on the mat and outstruck him. Robert ramped up the pace in the second round, brought the fight to the canvas and landed almost twice as many significant shots. The third heat was close, because both athletes had their moments. Nevertheless, Whittaker delivered 6% more power blows.

The championship rounds were clearly Robert’s. The Australian outnumbered Gastelum’s significant strikes nearly 4 to 1 in the fourth heat. The Reaper performed 2 takedowns in the final round and landed several heavy blows on the canvas in the final heat. As a result, Whittaker won via unanimous decision.

During the bout, Robert landed 141% more shots and secured 4 of 7 takedowns. Kelvin finished only 1 of 5 attempts to bring the fight to the ground. The Reaper looked much better on the feet, expertly mixed kicks with punches and showed outstanding wrestling skills. Gastelum had a 1.5-inch reach disadvantage and hardly closed the distance.

In a post-fight interview, Whittaker said that he was looking forward to taking on current middleweight champion Israel Adesanya in September. The first clash between the sportsmen happened in 2019 and resulted in Robert’s loss by KO. Afterwards, The Reaper defeated Darren Till, Jared Cannonier and Gastelum. He is ranked first at middleweight and definitely deserves a title shot against Adesanya.