Khamzat Chimaev pledges to return to the UFC 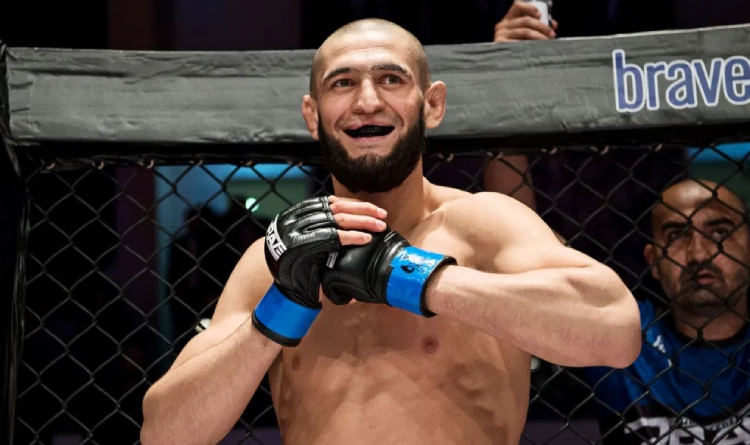 Chimaev inside the octagon

Chechen-born Swedish MMA fighter Khamzat Chimaev quashed the rumors of his retirement. Borz pledges to return to the UFC and extend a 9-bout winning streak.

Chimaev has triumphed in his battle against COVID-19

Khamzat is an undefeated fighter with a record of 9-0. He signed with the UFC last year and defeated 3 opponents in 66 days, setting a record for the fastest 3-fight win streak in modern UFC history. Chimaev was supposed to take on Leon Edwards in December. However, the contest was cancelled after he had tested positive for COVID-19. The UFC rescheduled the clash, but Khamzat pulled out of the bout due to complications caused by Coronavirus.

On March 1, Chimaev posted a comment on Instagram, stating that he would hang up the gloves (the message was later deleted). The athlete thanked everyone for support and said that he “was done”. Head of the Chechen Republic Ramzan Kadyrov phoned Chimaev to discuss his retirement from sport. Kadyrov assured fans that Khamzat changed his mind when he realized the importance of his career for Chechen people.

On March 24, Borz tweeted that he was coming back “to smash everybody”. It is not yet clear, when Khamzat returns inside the octagon. Chimaev is currently not listed in the top 15 welterweights. Consequently, Edwards will unlikely accept his challenge. Leon’s last clash against Belal Muhammad on March 13 resulted in a no-contest because of an accidental eye poke. Nevertheless, Edwards dismissed a rematch, claiming that Muhammad had no chance to win the first bout.