With his 20th consecutive victory at the ATP 500 level, Andrei Rublev won his eighth career title 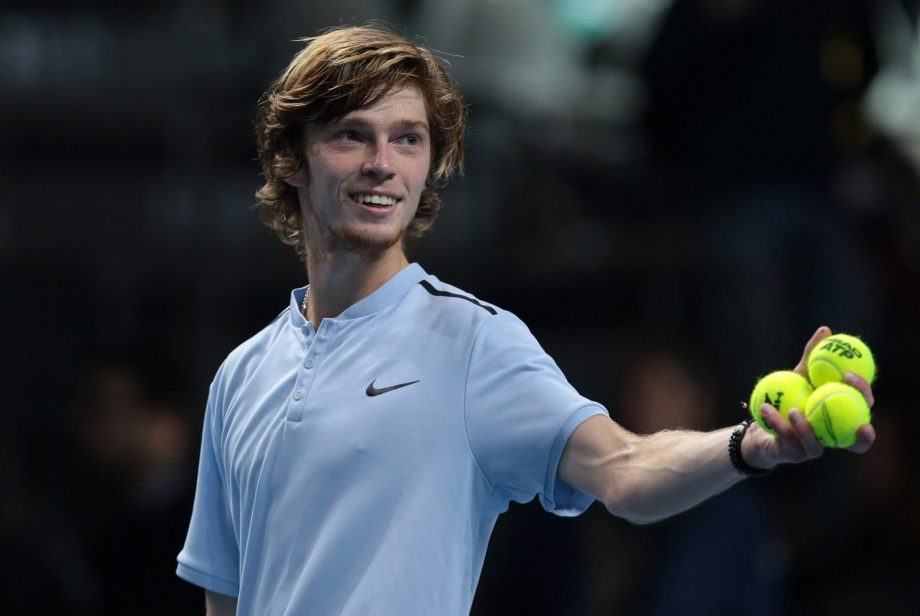 Andrei Rublev during his match

As you know, the Rotterdam men’s professional tennis tournament took place on March 1-7 on the indoor hard courts at the local Ahoy. The event belongs to the ATP 500 series with a prize pool of more than one million Euros and a field of 32 singles players.

Andrei Rublev, the eighth-ranked player in the world and winner of four ATP Tour tournaments, beat Marton Fucsovics 7-6, 6-4 in the Rotterdam final.

It should be noted that for Rublev, it’s his 20th consecutive victory at the ATP 500 level. The title, in turn, was his fourth. He is now in clear third place on this indicator and is now only behind Andy Murray, who has 21 consecutive victories, and Roger Federer, who has 28.

It’s the eighth individual ATP title of his career and the first this year for Rublev, and his seventh consecutive victory in ATP individual finals. By the way, he took 14 of 15 sets in them.

The Moscow native also won the ATP Team Russia title at the start of the season.

Also, after the final, Rublev commented on his victory over Marton Fucsovics. He admitted it was a tough match for him. The result was decided only by psychology. He also said he was delighted with the victory, and it was an excellent week for him.

“It was a tough match, especially the first set. Everything was decided by psychology. The fight was very, very equal. We both had chances. In the first game, he had a lot of them, followed by me. We were close throughout the whole set. Even in the tie-break, it was a 4-3 fight.”

It should be noted Fucsovics had a triple breakpoint at the start of the match, then another; Rublev had a double in the second game. However, both tennis players didn’t convert them.

“I’m pleased. It’s just a great week, a great year and a half. We’ll see if I can continue like this and if I can keep this level of play and be in the top ten,” the Russian reported.

The Russian about the ball and court complaints in Rotterdam:

“I won the tournament as a result. So I have nothing to complain about”

As you may remember, early in the tournament, numerous complaints about the balls and courts started to come in from Zverev, Tsitsipas, and others. The tournament champion wasn’t left out. After his victory, Daniil Medvedev and Alexander Zverev, who were eliminated in the first round, complained about the slow courts and heavy balls.

“Perhaps it was unaccustomed to some extent. I wasn’t playing at top speed either, a bit slower, and I wasn’t hitting the ball the way I usually do. But in the end, I managed to show good tennis and win the tournament. So I have nothing to complain about,”

Andrei himself shouted during the matches that the Rotterdam surface and balls are “impossible” to play with.

Well, we just need to congratulate the Russian tennis player on his essential victory and wish him a lot of success in the tournaments he will play in in the future.