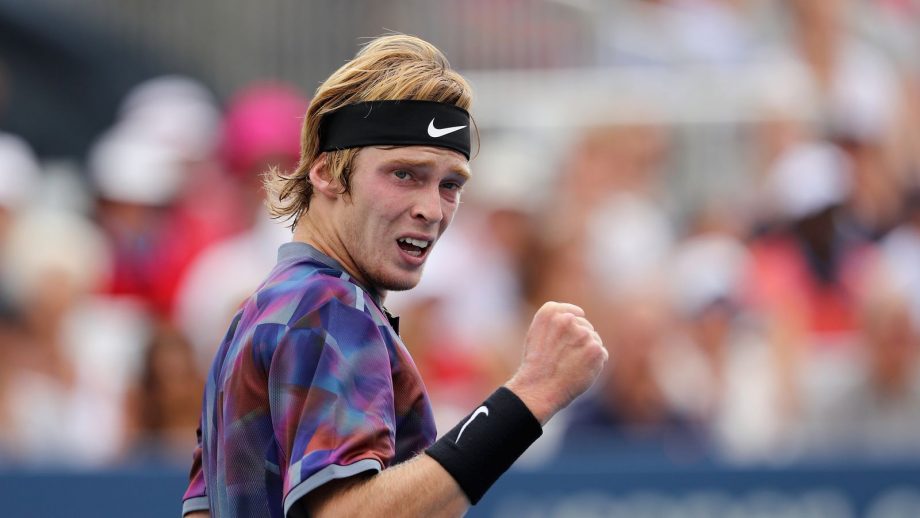 Andrei Rublev during one of his matches

From April 11 to 18 in Monte Carlo, Monaco, a relatively big ATP Masters 1000 series tournament is held – Rolex Monte-Carlo Masters, in which 56 players take part. Tennis players are fighting for the title on outdoor clay courts, and the tournament prize fund is more than 2 million Euros.

Andrei Rublev, the eighth racket of the world and the winner of ten ATP series tournaments, in 2 hours and 45 minutes beat Roberto Bautista-Agut at the Masters in Monte Carlo with a score of 7:6. 5:7. 6:3 and equalized the score in personal meetings – now it’s 3:3. In the first set, Rublev made a reverse break.

Rublev will now face Rafael Nadal. The Spaniard leads 2-0 in head-to-head battles, with both matches taking place on the hard.

In his short interview, which the Russian gave immediately after the match, Andrei commented on his victory over Roberto Bautista-Agut, and also shared his expectations of the meeting with Nadal.

“Unreal match. Everyone knows Roberto is such a stable player that there is no chance against him unless you show your best tennis. Every time I had to play 20 strokes, to take one point. It’s tough,”

The Russian also admitted he had to accept that he was in for a tough battle and he won’t get anything for nothing. So Andrei knew he had to show his best in every rally.

“Even if he loses, he won’t give up – for example, in the third set, I was leading 3-0, but he got the break back. So, yes, every point had to be played as the last one. All in all, I think we had a great match, we played some great tennis, and I’m pleased about that. And, of course, I’m glad I won.”

As well as asking about his emotions after his match against Bautista-Agut, the Russian No. 2 was also asked how excited he was about the opportunity to face 11-time champion Rafael Nadal, on the clay.

“Not really (smiles). It will be a big test for me. I’m looking forward to it, and I’ll put myself out there completely. I won’t feel any pressure. The obligatory minimum score I already showed, so there will be no pressure, I will fight, I will attack, and then we’ll see,”