Having been defeated by Sakkari in the Miami tournament ¼ finals, Osaka missed the opportunity to become No. 1 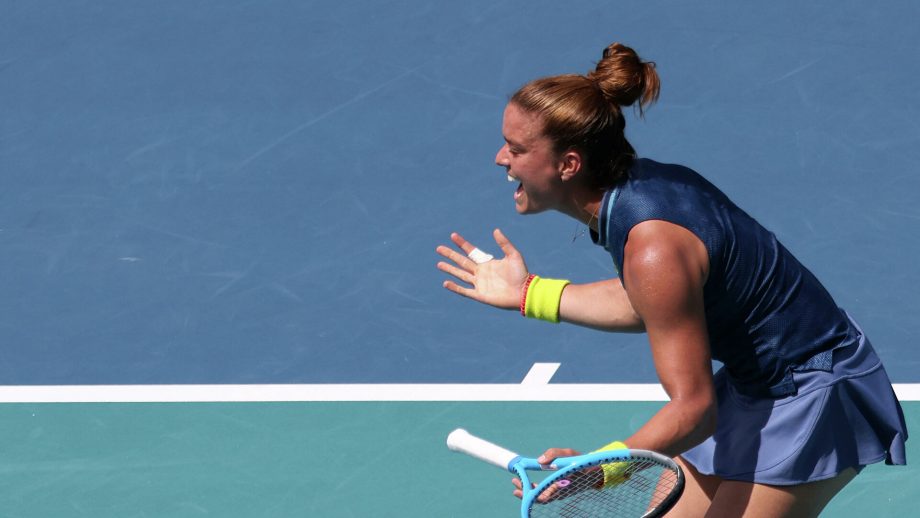 Maria Sakkari during the match with Naomi Osaka

It would seem the American tournament of the WTA 1000 series, held on open hard courts in Miami – Miami Open – started very recently. However, it’s already nearing its completion. We remind you the tournament was attended by 96 participants who got a chance to compete not only for 1000 rating points but also a prize fund in the amount of more than 3 million dollars.

At the moment, the women’s singles ¼ final matches have already been played. And the pairs of semifinalists are already waiting for the start of their games. But about them a little later. One of the quarterfinal matches was the most interesting since it depended on who would be the first racket of the world among women soon. It’s a duel between Naomi Osaka and Maria Sakkari.

Osaka on the possibility of becoming No. 1:

So, in one of the matches 1/4 the finals, the two strongest tennis players on the planet met – the current first racket of the world, Ashleigh Barty, and the owner of four Grand Slam titles, Naomi Osaka. What was so interesting about this match, you ask? Because this game outcome could significantly change the situation in the WTA ranking.

With Naomi Osaka’s victory over Maria Sakkari, and subsequently at the Miami tournament, and Ashley Barty’s defeat of Elina Svitolina in another quarterfinal match, the Japanese tennis player could secure her stay at number one in the world rankings shortly. Before the game against Sakkari, the Australian Open-2021 champion commented on this situation and said whether she had thought about it.

“I understand how important this is and what an honor it’s. But my mind doesn’t work well if I start thinking about what might happen. Therefore, now I think only about this tournament. In each match, I have a difficult opponent, so I just play match after match. I hope this will lead me to the final or victory,”

Osaka also said she knows that if you win tournaments, then, in the end, you can get the opportunity to become No. 1. It, therefore, doesn’t explicitly aim at that goal.

Well, now about the match itself. It’s easy to guess by the article’s name that the world’s second racket Naomi Osaka in her quarterfinal of the Miami tournament, lost to Maria Sakkari with a score of 0:6, 4:6. And this means she missed the opportunity to top the women’s rating.

In the first set, the current Australian Open champion won only eight points, didn’t make a single winner, and made 12 unforced mistakes. For the 14th time in her career, she lost a set with a bagel.

Osaka began with a break in the second game but first missed it, and then lost her serve with the score of 4:4, although she led in the game 40:0.

It should also be noted the Japanese woman suffered her first defeat since February 2020, when she lost to Sarah Sorribes-Tormo in the Federation Cup with a score of 0:6, 3:6. After that, Osaka won 23 matches in a row. She withdrew from two more before the start, but officially this is not considered a defeat.

Sakkari, in turn, played six match balls in the fourth round, won the opponent from the top 10 for the 12th time in her career. She beat the second racket of the world for the first time – earlier, the highest-rated defeated rival was No. 4 – Sofia Kenin in Abu Dhabi this year.

Also, the Greek woman reached the semifinals of the WTA 1000 tournament for the third time.

In her small interview, which Sakkari gave after the match, she commented on Naomi Osaka’s victory and told her what tactics she used. 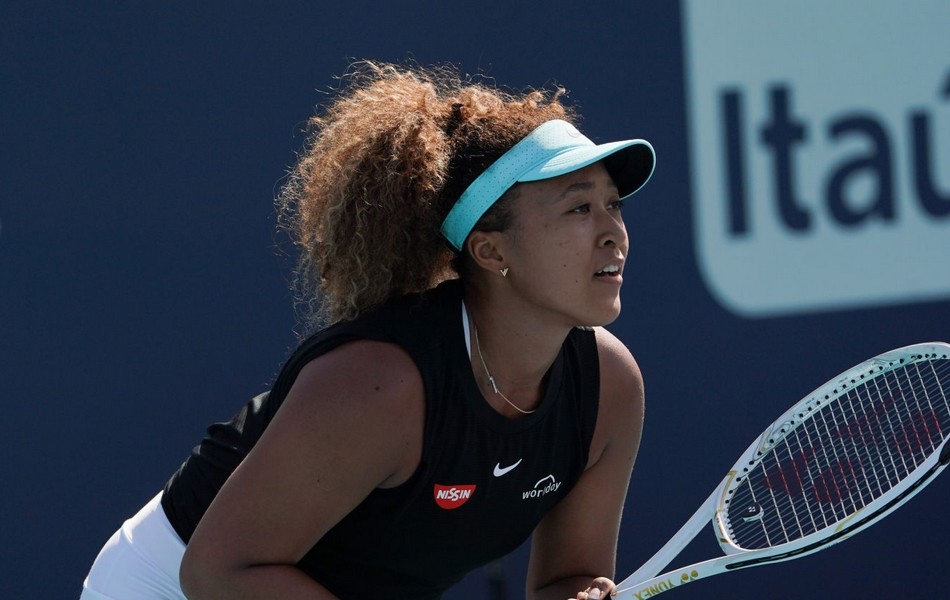 Naomi Osaka in the ready position at the Miami tournament

“I don’t think that in terms of the game quality, it was the best match in my life. But I well implemented the strategy that we developed with the coach. I did what I needed to do. I won’t tell you what. But most of the match, I did what we planned,”

Sakkari also admitted with a score of 1:4 in the second set, she had time to think again about the strategy. At the second set beginning, Maria moved a little away from it, so it was essential to focus on it again. She knew that she could smartly serve and win the second set if she could win back the break.

Naomi didn’t stand aside and also commented on her defeat. We recall that she lost her first match since February-2020.

“She’s a real fighter, and I knew that it would not be easy. I have a feeling that I didn’t play the whole tournament very much. I couldn’t get a move. It was psychologically complicated to fight with strong rivals, showing tennis of bad quality as it seems to me. Problems on the serve today appeared out of nowhere. I don’t even know what happened. I don’t know what conclusions I can draw. I need more time to reflect on this defeat,”

Also, the Japanese woman spoke about the goals for the clay season.

“Of course, I want to win the tournament on the clay. I think I will learn a lot from Wim Fissette – my coach. It’s already charged to switch to new surfaces.”

Barty will be No. 1 for at least another month. No one can move her to the tournament in Madrid, which starts on May 3.

The Australian, who has already spent 69 weeks on the first line, will bypass Caroline Wozniacki in this indicator (her result is 71 weeks) and will take ninth place in history.

What awaits spectators in semifinal matches?

As for the semifinal matches, which will be held today at 15:00 American time, the situation is as follows: the first racket of the world, Ashleigh Barty, will play against Ukrainian tennis player Elina Svitolina, and Maria Sakkari, who beat Naomi Osaka, will fight against Canadian tennis player, Bianca Andreescu.